“The level of collaboration here between the writers is pretty phenomenal, actually. Chris, Paul, and Joshua are all friends of mine who I hang out with on a regular basis, but it was an interesting experience getting to sit together in one room with them and hash out the intricacies of these various characters and their individual stories, and how they would sync up and interact. When Scott brought me onboard, he described it as a “writer’s room,” which is something that I hadn’t really been a part of before.” 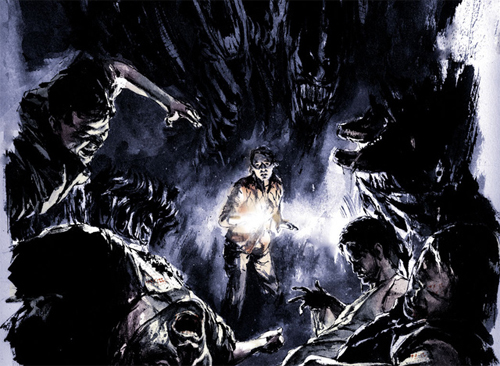 The io9 article includes brief interviews with writers of all four series and includes several pieces of concept art by the series artists. I for one am very interested in this news. A solid EU continuity is something that the Aliens/Predator franchise just don’t have. I’m excited to see where this goes.