I recently posted this article stating that it looked like Dark Horse would be introducing Prometheus elements in the Aliens expanded universe. Well it looks like they’ll be doing an entirely new Prometheus series: 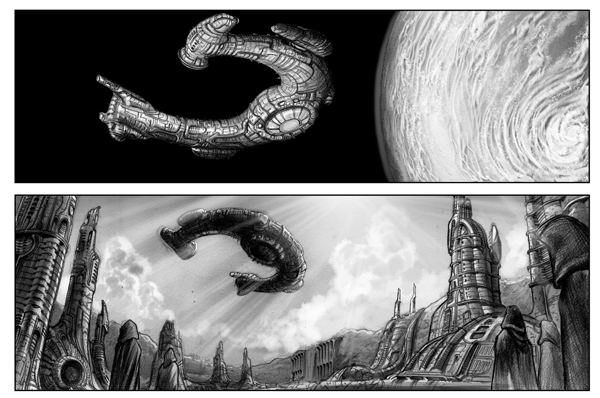 The above is a piece of sample artwork created by Paul Tobin and Juan Ferreyra (the team behind the series Colder). There are no details yet and it doesn’t sound like the story has been planned yet. Keep an eye out for more news!