Hot on the heels of last week’s announcement of Predator: Hunting Grounds, an achievement list for something called Predator VR for PlayStation VR is now showing up on multiple trophy website! So far the list is up on PSN Profiles, Exophase and TrueTrophies.

Predator VR will have 18 trophies, many of which are quotes from the film, worth 315 points. The sites list no other details, only a logo and the achievements do seem to hint at multiple levels and game modes but what exactly Predator VR is or who is developing it is currently unknown. Given that we already have a title for Predator: Hunting Grounds, I assume this is a completely separate game. 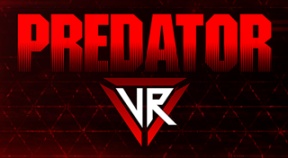 Back in November we caught wind of an upcoming Predator VR attraction from FoxNext VR, VRsenal and Phosphor that was due to hit this February gone but there’s been no signs of it. While it’s unknown if this new Predator VR is related to that, perhaps the game moved across to the PlayStation VR platform?  According to our sources at the time, Fox Next had been talking about releasing the game on other platforms.