Alien is coming to Mortal Kombat X. Neatherrealm Studios are continuing to bring horror movie icons into the latest Mortal Kombat game and with the release of this latest trailer following the Video Game Awards, we have confirmation that the Alien will be joining the Predator and Jason:

It would appear that the Alien is intended to have taken on some of the trait of its game host, Tarkatan, giving it those armblades that you can see in the trailer.

The Alien is one of four characters to be included in this newest downloadable content pack. The other new characters include Texas Chainsaw Massacre’s Leatherface, Bo Rai Cho, and Tri-Borg. There is no specific news of a release date other than the first quarter of 2016. 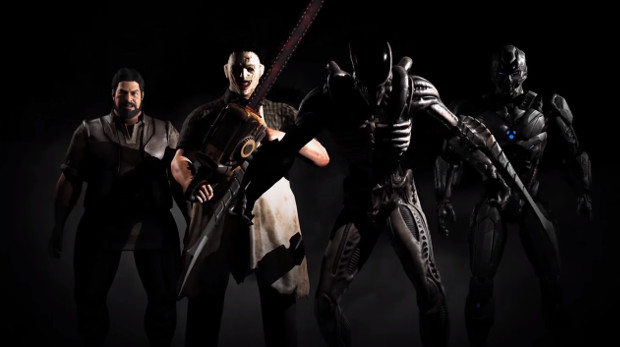 If you’re not aware, Mortal Kombat is the 10th main instalment of the fighting franchise Mortal Kombat. which was first released April 14, 2015 for the PlayStation 4, Xbox One and Windows. The console versions of the game received a largely positive reception but the Windows one did not.

Thanks to Hellspawn28 and Kyle Thomas for the news.