It seems the Predator is becoming quite the guest star in the video game space these days. After having appeared in Call of Duty: Ghosts and Mortal Kombat X, tomorrow he’ll be taking on the players of Tom Clancy’s Ghost Recon: Wildlands in a special limited time event, though perhaps if it’s popular we could see it as a permanent addition.

The single player and co-op open world tactical shooter set in Bolivia will be adding this content free for owners of the game. Ubisoft collaborated with 20th Century Fox internal development studio FoxNext to bring the Predator into the world of Ghost Recon. 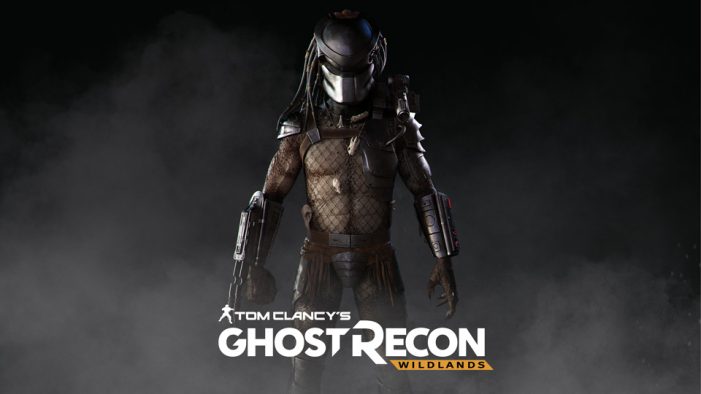 Here are the details for what players can expect in the limited time event:

Some screenshots that were recently released through the Predator Fan App:

The full trailer for the special event:

And the teaser that was posted last night:

Also, the developers just had a live stream previewing the new mode:

Ubisoft was kind enough to send us a preview of this new mode, so expect our impressions on it shortly. For further details regarding the inception of this passion project, check out this interview with Nouredine Abboud, senior producer at Ubisoft Paris.

While we’re getting pretty hungry for a main franchise game release, it is quite cool to see the Predator making these appearances. Ghost Recon: Wildlands is available on Steam for PC, PlayStation 4, and Xbox One.