International Association of Amusement Parks and Attractions (aka IAAPA 2018) is currently underway in Orlando and FoxNext has a swanky new Predator attraction on display! They have yet to officially announce it but it looks like FoxNext VR are teaming up with VRsenal and Phosphor to release a standing Predator VR machine!

According to Alien vs. Predator Galaxy’s source on the floor, Predator VR is due to start appearing in arcades in February 2019. As it stands the cabinet is an arcade exclusive but FoxNext may look into releasing Predator VR on other platforms. They are also looking into doing a similiar Alien based VR attraction next year too! 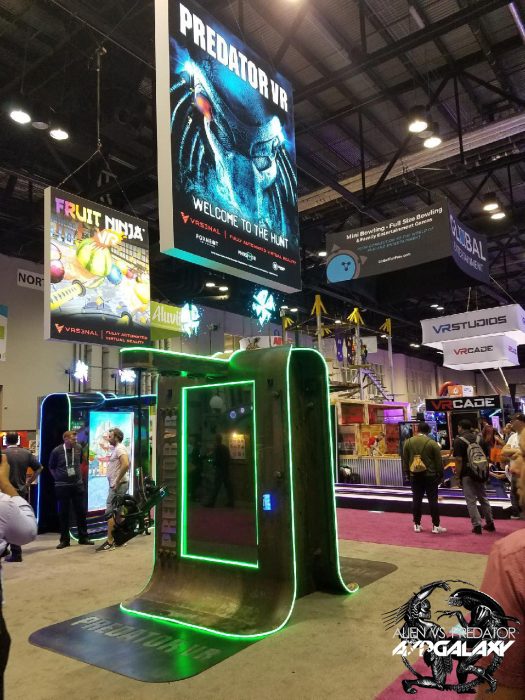 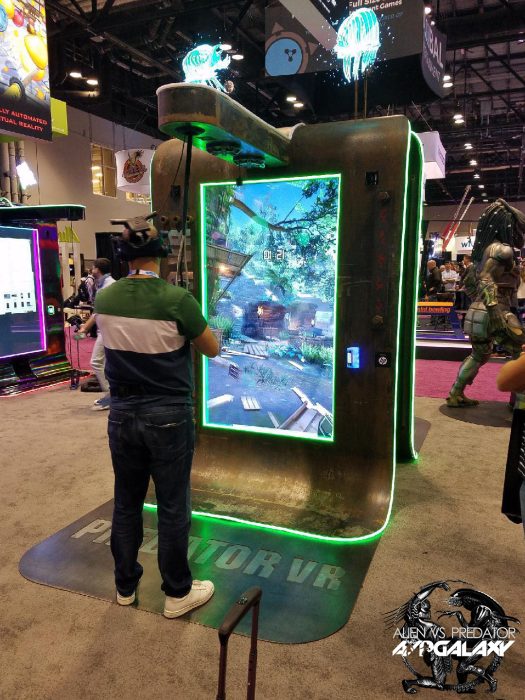 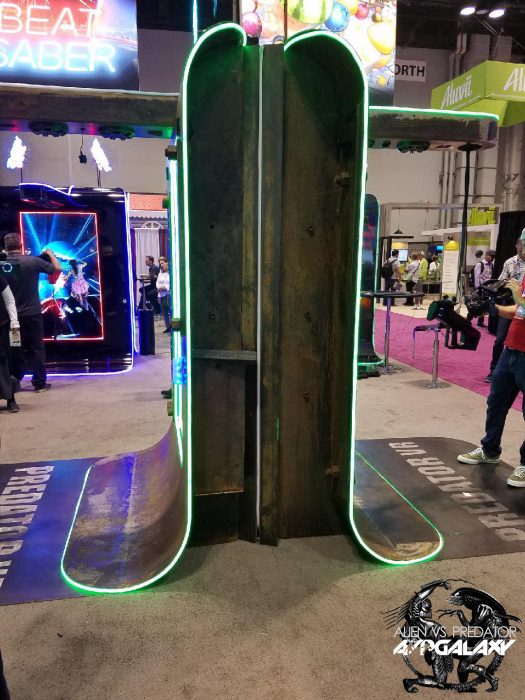 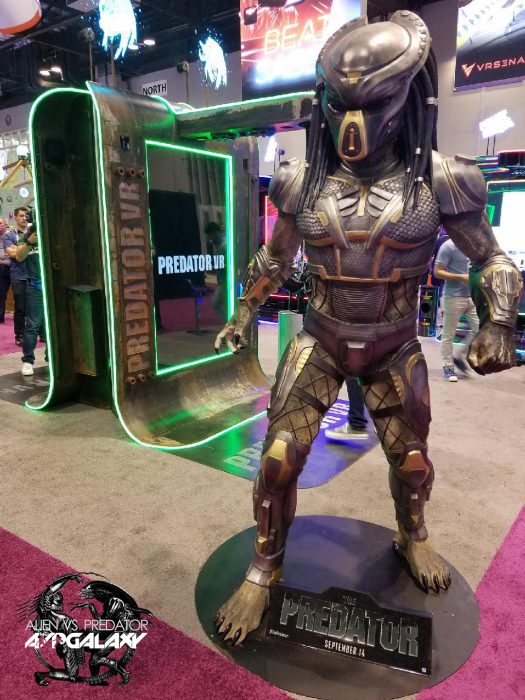 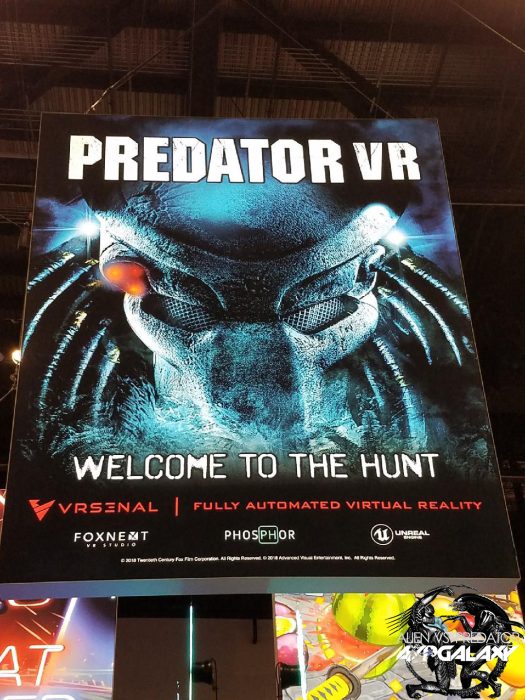 I assume that Phosphor is developing Predator VR. They have worked on numerous virtual reality games including licensed material such as Batman VRSE and Jurassic World VRSE. VRsenal are perhaps best known for bringing Fruit Ninja into arcades and are now involved in providing the arcade cabinets for Beat Saber. I believe that their involvement with Predator VR is once again in providing the hardware.