There’s been a great deal of uncertainty surrounding the impending closing of the acquisition of 20th Century Fox properties by media giant Disney. But we fans of the Alien and Predator franchises can rest a little easier thanks to recent comments by Disney CEO Bob Iger on an investment earnings call. 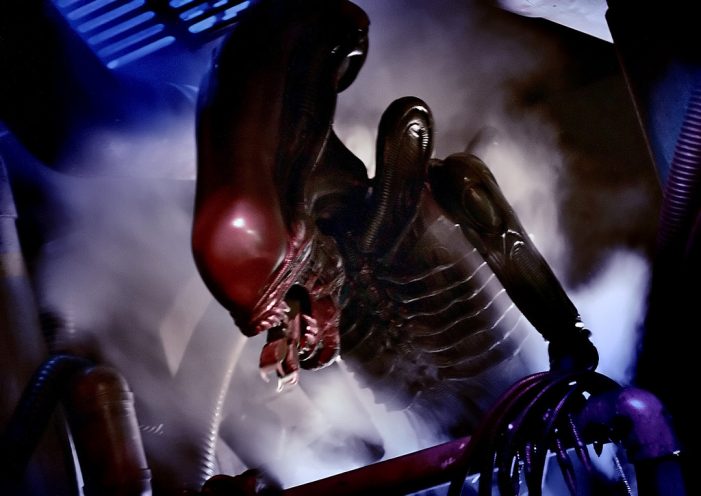 Photo by Joe Penniston of the Alien featured on ‘The Great Movie Ride’ in Disney World’s Hollywood Studios. The ride unfortunately closed two years ago.

Though Iger had previously seemed open to the idea of the R-rated ‘Deadpool’ franchise continuing, we didn’t hear much more than that until late last summer when we got some worrying news from The Wall Street Journal that Disney would be scaling back on adult films. This information comes to us by way of DiscussingFilm…

“Bob Iger has said that they plan on keeping Deadpool an R-Rated brand and plan to further include R-Rated film brands in their future product portfolio.”

This is the first we’ve heard of other Fox R-rated brands continuing besides ‘Deadpool.’

“Bob Iger has said they do not plan to publish video games through Disney in the future and will instead focus on licensing their brands to respective game studios such as EA with their Star Wars license.”

“Bob Iger has said that FX Networks will be able to create and produce content for Hulu but likely not for Disney+ as Disney+ will be their family friendly streaming service with Hulu being adult oriented.”

The comments made regarding Disney not publishing video games makes me wonder about recently formed Fox Publishing arm FoxNext, and if that studio will survive moving forward, or if Disney will license out the franchises to another Publisher.

Also, given Iger’s comments regarding adult shows on Hulu, if we were to ever see an Alien, Predator, or AVP series, it’s plausible to think we’d see it on that platform.

Personally, I find it unlikely that Ridley Scott’s Alien prequel series, or a continuation of Shane Black’s The Predator story will continue after the acquisition.