Brendan Seals, one of Luma Pictures visual effects supervisors sat down to chat with vfxblog about their work on Alien: Covenant. Luma Pictures was responsible for a series of visual effects in Alien: Covenant that includes the motes flying into Ledward’s ear, the strange Engineer lights found inside the Citadel, the graphics on Covenant’s cryopods and burning James Franco in his sleep!

“Their [the motes] initial ideas were very much about dandelion seeds and in terms of movement the murmuration of flocking of starlings was a big inspiration. The idea being that these dots on the screen, they’re quite insignificant. They’re featureless dots, they don’t really have a silhouette or shape per se because they’re supposed to be mysterious. But by congealing it and forming some sort of silhouette you get the sense that their numbers are greater in a team, in a sequence, rather than on their own merit. And by being as a group they can achieve a much more sinister goal, let’s say.” 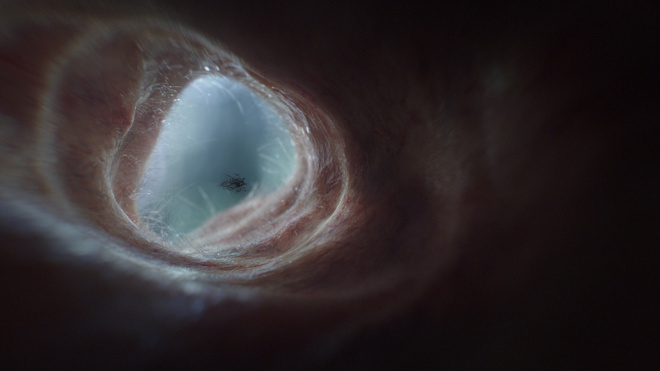 Brendan goes into some detail about the specific scenes and it’s quite an interesting read. Head on over to vfxblog to learn more about Luma Picture’s involvement with Alien: Covenant!