Following on from Luma Pictures’ Brendan Seals talking about visual effects work on Alien: Covenant, we have another effect focused article, this time coming from several interviews and articles with Charley Henley, the VFX supervisor for Alien: Covenant.

Henley has been chatting to Animation World Network, IndieWire and Cartoon Brew about working on Alien: Covenant. Henley’s interview with AWN is quite an extensive one, talking about his early involvement with the film, the pre and post viz and breaking down a lot of the process that went into the visual effects for the film.

“As much as we planned things thoroughly, we wanted to allow him [Ridley Scott] to come to the set and shoot it how he felt at that moment it needed to be shot, and rely on his instincts. He liked to shoot with multiple cameras running all the time and build the scene as a bit of a jigsaw from the outset.

So really the main thing we had to worry about was establishing what pieces we’d bring to the set to allow him to shoot that way, planning with Chris Seagers exactly what sets needed to be built, what was practical to build, to allow good interactivity with the actors and allow as much of a sense of the aesthetic to be there. There was a lot of pre-production work in dividing up what amount would we build and where would we put extensions in.” 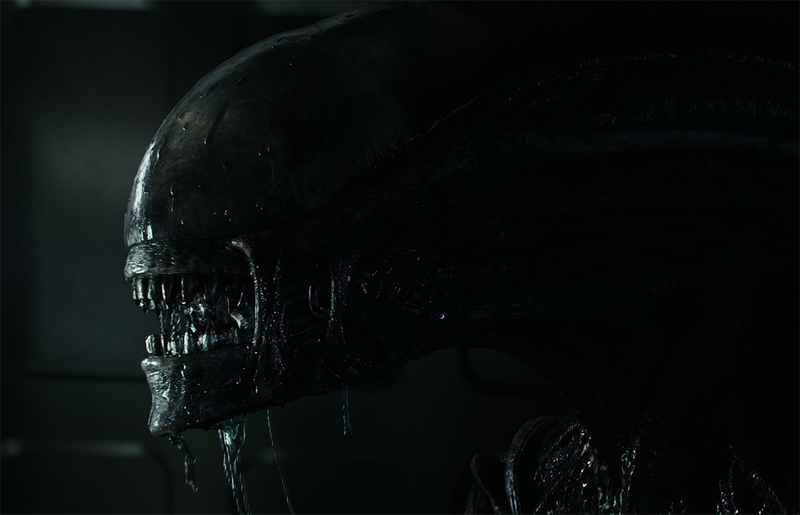 Talking to IndieWire, Henley spoke about the Xenomorphs and the Neomorphs and what influenced their take on the creatures in Alien: Covenant.

“Ridley studied reference of muscles of the body without skin. You had the pipes that come out of the back, parts of the body that are more exoskeleton, and then there’s the fleshy muscle. And then for the cranium he wanted meat stock gelatin running across the structure.”

Also on the topic of the creatures, Cartoon Brew has a more extensive article with Henley about how they brought the film’s creatures to life. Henley talks about how they had practical creatures on set to shoot with but knew they’d be replaced digitally in post-production:

“We knew that Ridley would want to see for real something that relates to his creatures, which we could adapt beyond that later on,” said Henley. “But, we said, let’s build a hero version of the creatures just for the look. It doesn’t have to be in a suit, it doesn’t have to be practically operated on the set, but it will help the design process and allow Ridley to finesse the design by building something real that he can tangibly look at and tweak.”

This became what was called the ‘Looker’ versions of the aliens, since they ‘looked good.’ But things did go further, with the design and fabrication of several versions of the two main creatures, seen in the film from their young states (in which they burst out of human bodies) to fully grown sizes. Suits and head pieces containing animatronics were some of the more elaborate builds, made with the combined forces of Creatures Inc and Odd Studio.”