“There are going to be great sets and aliens coming out of people,” Michael promised about Ridley’s “Covenant,” the second chapter in a prequel trilogy that started with “Prometheus.”

“It’s amazing to watch Ridley work. I try to soak up as much knowledge as I can from him, because having worked on this kind of films a few times and having seen how many moving parts there are, how many people work on the set and how many departments need attention and the language, he’s an absolute master.” 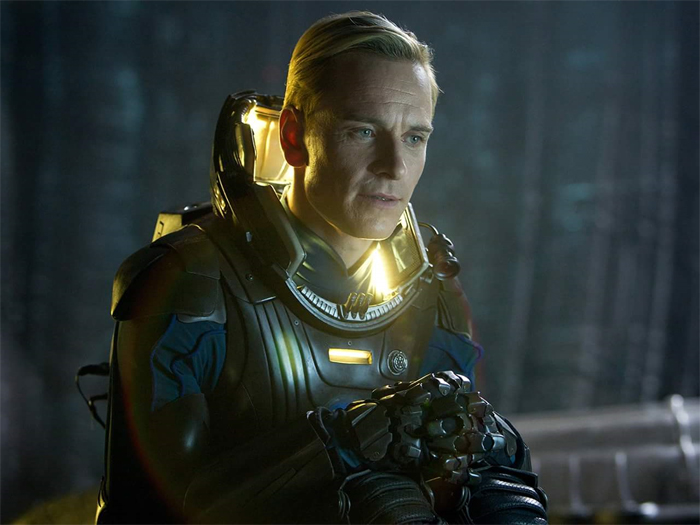 Michael Fassbender talks Alien: Covenant – “It’s a fantastic mixture of high-end technology and primitive elements. The way that I can explain it is the same way that Ridley did ‘Blade Runner.”

While Fassbender doesn’t dish any specific details about the upcoming film, he does talk a little about the sets on Alien: Covenant, insinuating that the film wont look as pristine as Prometheus did:

“The sets are fantastic. Again, the most impressive sets I’ve seen since ‘Prometheus,’ which was the original setting. It’s a fantastic mixture of high-end technology and primitive elements. The way that I can explain it is the same way that Ridley did ‘Blade Runner.’

“You have this futuristic world where people are eating noodles, because that seems to be the cheaper food and something that will fill you up. But it’s also something that harks back to the past. The weaving of those two things—past and future—together makes for an interesting world that we can aspire to, but also recognize something in it.”

Considering that a frequent complaint about Prometheus is how the technology in the prequel looks more advanced than anything we eventually see in the main Alien series, I’m sure this news will be most welcome to a lot of fans.

You can check out the whole interview over at Inquirer where he also talks about X-Men and Assassain’s Creed. Thanks to Stolen for the news.