After Alien Covenant was predicted to earn over $40 million at the domestic box office this weekend, the latest box office figures are just in. Alien Covenant still entered the charts at number one but its takings were slightly lower with $36 million. On Friday, it opened with $15.3 million in 3716 theatres including $4.2 million from Thursday night previews with $36 million for the entire weekend. In comparison, Prometheus opened back in 2012 with $51 million in its opening weekend so we have a $15 million drop.

This is to be expected unfortunately – Prometheus was pretty hyped as Ridley Scott’s return to science-fiction. Going back even further, AvP Requiem opened with $10 million over Christmas while Paul Anderson’s AvP opened with $38 million. Unlike Prometheus, Alien: Covenant hasn’t been released in 3D and it hasn’t opened in many IMAX screens in America (with most of them still occupied by Guardians of the Galaxy 2) so that causes a drop in revenue when compared to Prometheus. 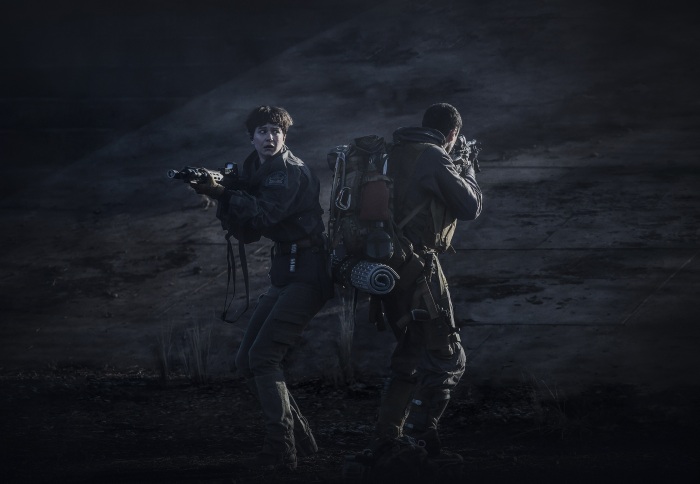 Alien Covenant made $36 million in its opening weekend domestically.

Last weekend, Alien Covenant took $42 million in 34 countries overseas and made another $30.3 million this weekend when it opened in a further 52 new countries giving it a foreign gross so far of $81.8 million. That combined with the domestic takings and we have a worldwide gross of $117.8 million. The good news is it has made more revenue than its $97 million budget and it still has yet to be released in China (June 16th) and Japan (September 15th) which are two heavy hitters when it comes to movies.

So where do you think the final box office gross will end up? Prometheus made $403 million so it’s safe to say Alien Covenant won’t reach those heights but it will surely do better than AvP Requiem’s $128 million and AvP’s $172 million. But then again, both AvP’s were made pretty cheaply compared to it (around $60 million and $40 million respectively).

Alien Covenant still received positive reviews from critics with a Fresh rating of 73% on Rotten Tomatoes and it should continue to perform well over Memorial Day weekend though next weekend also sees the release of Baywatch and Pirates of the Caribbean: Dead Men Tell No Tales.