At the end of February, Shane Black released the first look at some of The Predator’s ensemble cast. Earlier today he released a second cast photo alongside the caption “Stone killers with serious acting chops — but which of them will be chopped… by THE PREDATOR? (See what I did there?)” 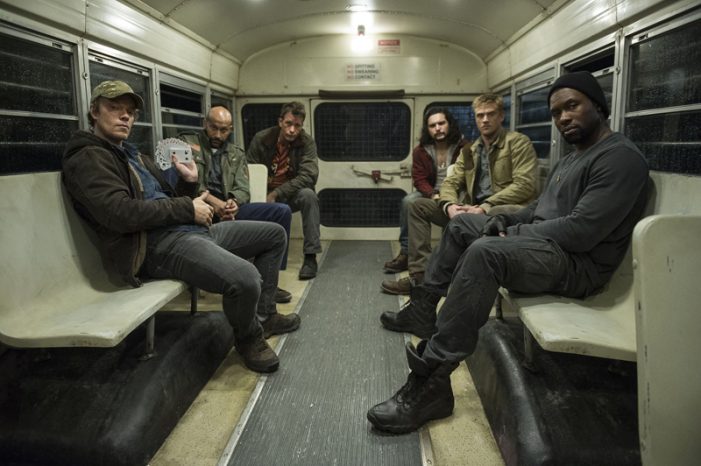 This new cast photo gives us our first look at Alfie Allen, Augusto Aguilera and Thomas Jane. We also got another look at Boyd Holbrook’s Quinn McKenna, Trevante Rhodes’ Nebraska Williams and Keegan-Michael Key. They all appear to be on a prison bus which appears to collaborate some aspects of the recent plot leaks.