We have already covered some select interviews but as he continues on the press junket promoting The Nice Guys, Shane Black has done a couple of other interviews in which The Predator gets mentioned and he divulges some small pieces of information. This article is intended to round up those smaller pieces.

In a video interview with HitFix, Shane Black talks about returning to that feeling of mystery that often gets left behind in sequels and compares this to the Alien series:  “Taking the Predator, which has lost some of that mystery, and trying to re-engage it with that or re-immerse it in the feeling we had with Close Encounters of discovery. Something is happening, we don’t know what. There’s an incursion, there’s been a breach, something has come to Earth and there’s a mystery to be solved. I think that’s kind of important for a Predator movie. It’s not just “hey, another one! Honey, there’s a Predator in the barn again. Could you just…he’s at the pigs again…could you?” There’s that sense of we’ve seen it, we’ve seen it. How do you make it feel like a scary new alien invasion movie again?”

Shane Black further emphasized his desire to return a feeling of mystery to his Predator sequel when chatting Uproxx, where he said that “you have to go in punching. You have to hit it hard and you have to hit it with the strongest characters you can find and re-establish the sense of mystery and adventure and freshness that the first one had.”

Talking to CraveOnline, Black divulges some interesting tidbits, one of which hint at The Predator exploring deeper into the Predator culture. When the interviewer commented on the intelligence of the Predator and there being some unseen Predator engineers and scientists, Black commented: “It’s addressed in the movie.”

CraveOnline asked about the relevance of the title The Predator to which Black responded “there is a reference in the script as to why that makes sense but I’m not really supposed to talk about it.” 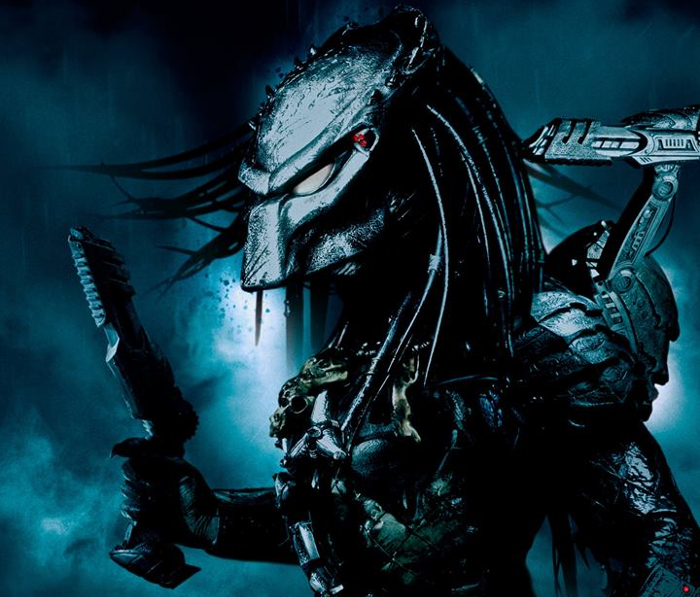 Talking to Uproxx about The Predator, Shane Black said he wanted to “re-establish the sense of mystery and adventure and freshness that the first one had.”

Shane Black also spoke a little more about Arnold Schwarzenegger’s possible inclusion with the Happy Sad Confused Podcast (around the 37 minute mark) saying that “I think that there’s one of two ways we can go: either we use Schwarzenegger or we don’t. And there’s advantages to using him and there’s a story to be told if we don’t.”

Confusing the matter a little, Black then stated that they had already made a choice as to the direction they would be taking the story. “We made a choice that I think is cool. We’ll see what happens.”

I would like to address a rumour that was circulated around social media yesterday and that is that The Rock has been reading Shane Black’s The Predator script. This is unconfirmed. In the caption for a photo he posted on Instagram, Dwayne Johnson said that “I’m reading an outline for a cool movie I’ll make in 2017 (with director Shane Black).”

It is possible that Johnson maybe referring to The Predator (his name has come up in conjunction with Predator films many times over the year), it is more likely that this is in relation to another Shane Black project, Doc Savage. Black has spoken about his desire to involve Johnson with that project. This remains unconfirmed for the minute though.

As always, keep an eye on Alien vs. Predator Galaxy for the latest news on The Predator (and Alien: Covenant). Add us to your bookmarks or follow us on social media. You can find us on Facebook, Twitter and Instagram.

Updated 19/05/2016 – Empire hosted an early showing of The Nice Guys with a Q&A with Shane Black and Joel Silver after where Shane Black revealed the name of the main character in The Predator: “The hero of the film, the name I’ve given the guy, is Quinn McKenna.” Alien vs. Predator Galaxy member HuDaFuK was in attendance at the Q&A and he shared that Shane Black had also implied that the film would have a considerably longer runtime than the typical 90 minutes.