“I could make detective stories for the rest of my life. In fact, even if I’m doing a story about an eight-and-a-half-foot tall monster called the Predator, there’s going to be a detective story probably somewhere inside it.” 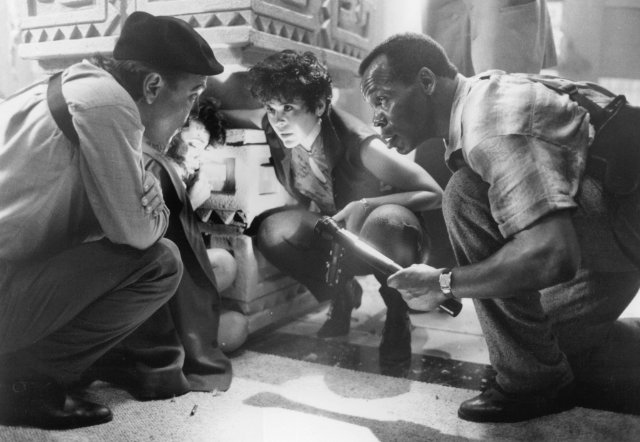 Shane Black hints at possible detective story for The Predator.

Whilst not speaking with certainty, it’s a possible indication of the direction that Shane Black will be taking The Predator. It could be said that Predator 2 was somewhat of a detective movie, focusing on police officer Harrigan (playing by Danny Glover who also starred in Lethal Weapon, a buddy cop movie that helped put Shane Black’s name out there) trying to figure out who the new player was in the drug war that was ravaging Los Angles. Thanks to Darkoo for the news!

In related news, Empire hosted an early showing of The Nice Guys with a Q&A with Shane Black and Joel Silver after where Shane Black revealed the name of the main character in The Predator: “The hero of the film, the name I’ve given the guy, is Quinn McKenna.” Alien vs. Predator Galaxy member HuDaFuK was in attendance at the Q&A and he shared that Shane Black had also implied that the film would have a considerably longer runtime than the typical 90 minutes.

Update 31/05/2016: Talking to Den of Geek, Shane Black spoke a little more about the style of The Predator and how effective the genre shift in Predator was, hinting at a possible tonal shift in The Predator:

“I think the tone shifting is important. This one is going to be very scary if I get it right, and hopefully also there’ll be some humour in it. The first one  had humour in it, so you really got engaged with this group of guys […] We’ll cast very carefully. We’ll get a group of people against the monster that I think you’re gonna enjoy spending time with.

The sensibility will be part noir, part mystery and part Close Encounters. The feeling I loved about Close Encounters was, you had this ordinary guy, Roy Neary, to whom this is all new. I think the danger of a Predator sequel is that it’s not new to anybody anymore. ‘Oh, look honey – another Predator. Yeah, we had one of those last year. Gagh, is he in the barn again? Oh God, he’s had the sheep.’ You know? That’s the danger. That it’s too familiar – we have to find a way to make him mysterious again.”