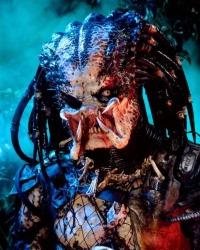 So the question on everybody’s minds is where should Shane Black’s Predator film take place? Or even when should it take place? Past, present, or future? Well, let’s take a look at what we’ve had so far. The original Predator took place present day in the jungles of Central America and Predator 2 changed the locale significantly bringing the Predator to 1997 Los Angeles. It’s common knowledge that the Predator came to those places because of the heat and conflict.

The recent 2010 Predators film played it safe and returned to the jungle setting, but this time on a planet a group of Super Predators used for hunting purposes. Alien vs Predator took place in Antarctica as a training ground for teenager Predators while AvP Requiem returned to a small city in Colorado. With that in mind, let’s take a look at some of the possible locations for Predator 4.

Yes, we did see a glimpse of the Predator homeworld in AvP Requiem… well, the Wolf Predator’s homeplanet, at least. The planet was an extremely hot desert-like environment with rivers of lava flowing and you could make out ancient ruins in the background. This fits in well with the Predator mythos – that they prefer warmer climates. I’m not totally sold on this version of the homeworld. I’d still rather see a planet full of lush green jungles rather than a desert.

But how would a story featuring the Predator homeworld work in Shane’s Black’s Predator sequel and how could they work humans into the story? For starters, it would have to be far in the future where humans have developed space travel. I also doubt the Predator homeworld would be the location for the entire film. Why would humans be there in the first place?

Did the Predators bring them there like in Predators or did the humans crash on the planet accidentally? Or a military group deliberately knew it was the Predator homeplanet and went there to destroy them? Could be a great movie but very expensive. The problem for me, though is if 20th Century Fox go down the futuristic space route with Predator 4, why not just go the whole nine yards and make Aliens vs Predator 3 with Aliens, Predators and Marines all fighting it out on a distant planet? They’d never risk doing a big sci-fi film like this, unfortunately.

We could always get a repeat of 2010’s Predators story where a group of people accidentally or deliberately land on some distant planet. We could improve Predators by: getting rid of the Super Predators; give the Predators more screen time; more indigenous creatures and make the planet look like a planet instead of a jungle on Earth. I’ve always been fascinated by the Predator’s trophy cabinet at the end of Predator 2 where they revealed the different creatures they fought including a T-Rex. 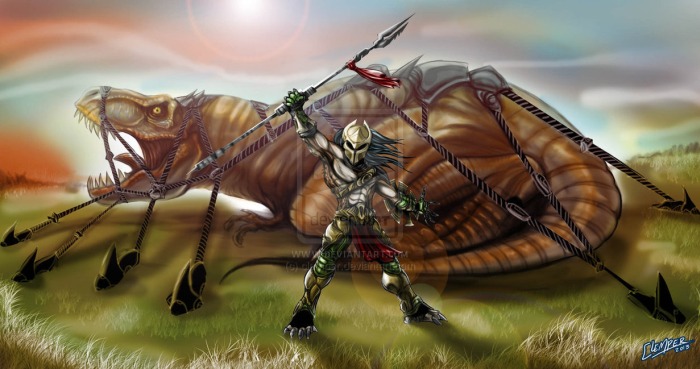 Dinosaurs did also feature in the crossover comic Tarzan vs Predator and showed a group of Predators hunting dinosaurs. 2010’s Predators was on the right path – there just wasn’t enough alien creatures there. As it doesn’t make sense to go back millions of years on Earth, what if there was a planet out there that did have dinosaurs like the Tyrannosaurus Rex and other ferocious creatures roaming about? The film could be too much of a copy of what Rodriguez tried to do with Predators though and if we brought dinosaurs into the mix, the Predator wouldn’t be the star of his own movie.

A popular location rumoured at the moment is Afghanistan, Iraq or another desert-like country in the middle-east. Writer Shane Salerno actually pitched a story to 20th Century Fox for AvP Requiem where a Predator ship crashed in Afghanistan and the film revolved around a special forces team. In Predator, it’s also revealed that Dutch’s team saw action in Afghanistan, with Poncho recalling the event with Dutch.

The desert setting is completely fresh and unique but I have to be honest, I do find desert environments to be extremely boring. They’re just so void of any life and seeing a sandy desert on screen doesn’t quite have the same impact as seeing a lush jungle. 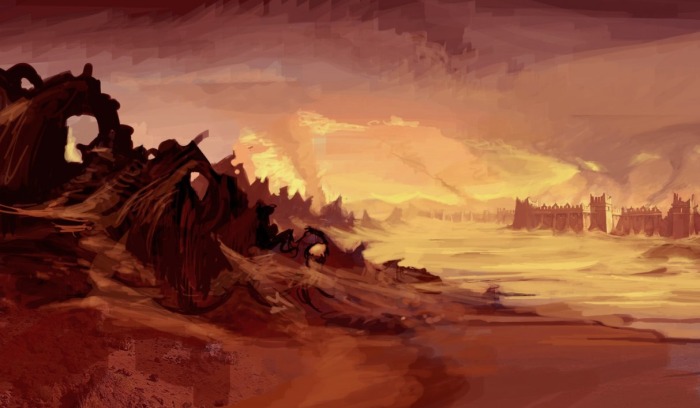 The Vietnam War was a war fought in Vietnam, Cambodia and Laos between South Vietnam, backed primarily by the United States, and communist state North Vietnam. Eventually, the United States lost for a multitude of reasons. The biggest one being that the US’s high-tech weaponry and tactics were no match for North Vietnam’s guerilla warfare campaign. They were very clever at ambushes and hiding in various underground tunnels and the US ended up killing the wrong people on numerous occasions.

If you think about it, their tactics were quite similar to Predators’ behaviour. The Vietnam War is a common theme in all three Predator movies. In Predator, Dutch and Dillon served together in Vietnam during the Battle of Huế as did Mac and Blain. In Predator 2, Agent Keyes mentions that humans encountered a Predator in Cambodia, presumably during the War. In Predators, Noland also fought in the Vietnam War. There’s also some wonderful Buddhist architecture, temples and jungles in Cambodia. The tribal nature of the Predators would fit in quite nicely there.

Predators in Cambodia during the Vietnam War?

It doesn’t necessarily have to be a Predator stalking Nazis in the streets of Berlin or Stalingrad. World War 2 took place all over the world from the deserts of North Africa to the islands of Okinawa, Japan. There are so many different locales to choose from here. Also, following on from above, in Predator 2 Agent Keyes mentions that a Predator was also seen in Iwo Jima, Japan.

The island of Iwo Jima was the location of a major battle between Japan and the United States during World War 2. It lasted for five weeks and contained some of the most violent battles in the Pacific Theatre. I personally love everything about the World War 2 era and never seem to get bored about reading or watching something about it. As cool as it would be, I can’t see this happening. The World War 2 era has been done to death in both games and films and I don’t think it’s quite mainstream enough to attract sci-fi fans. 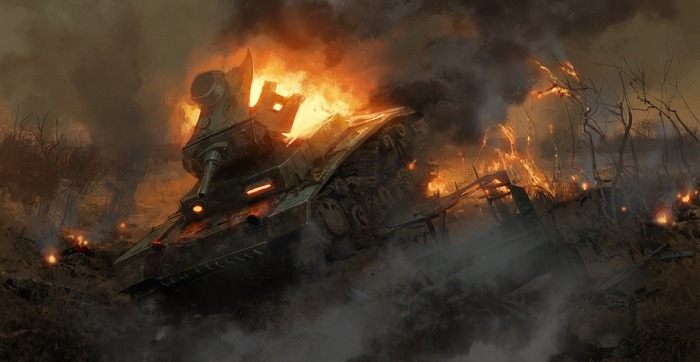 Lest we not forget, the Elder Predator at the end of Predator 2 gave Harrigan an antique flintlock pistol with the engraving “Raphael Adolini 1715″. Predator writers Jim and John Thomas added this in as a possible sequel idea for Predator 3 where a group of survivors would have to fight a Predator without the use of modern weapons. The story of the Flintlock Pistol was picked up in the Dark Horse short story “Predator: 1718” where pirate captain Raphael Adolini dropped anchor on the coast of Guinea, Africa.

Somebody stole a case of gold which was destined for a church. His crewmembers turned on him and a watching Predator helped Adolini and they fought side by side. Adolini is eventually shot in the back by a hidden crew member which the Predator kills. As he lays dying, Adolini gives the Predator the Flintlock Pistol as a show of gratitude. The short story takes place on the coast of Africa but it honestly could take place anywhere including the Caribbean. Sticking with the pirates theme for a second. Robert Rodriguez’s 1996 Predators script opened on a Spanish Galleon with a Predator battling pirates. 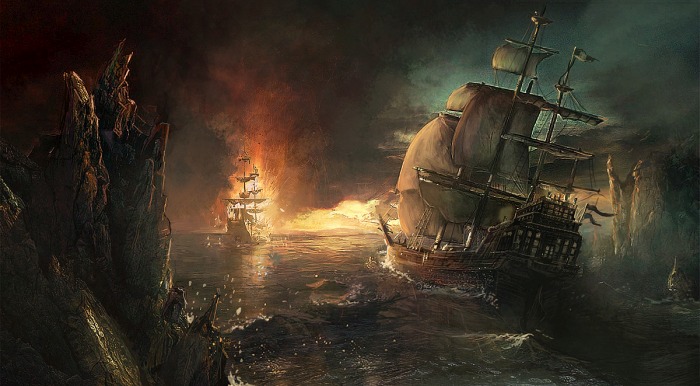 This is one of my favourite ideas for a story. The groundwork for pirates is already there and the environment is completely different to anything we’ve seen before. Obviously, the whole film can’t spend the entire time on a ship so they’d have to come up with a good story for the pirates. On the downside, I can see this quickly becoming an expensive film to make.

This is the “play it safe” option for the makers of Predator 4 if they decide to keep the film present day on Earth. If they decide to go back down the city route, one option would be to make it during the winter. I know what you’re thinking. Why would a Predator come to a cold climate in the first place? Alien vs Predator provided a plausible explanation that the Predators there were training in Antarctica in a rite of passage.

Visually, it’s quite a unique environment. The Predator comic, Predator: Cold War, takes place in snowy Siberia where Dutch’s brother takes on both the Russians and a group of Predators. There was also a script from Sam Park called Predator 3: The Deadlier of the Species and features a Predator hunting Dutch in New York during a blizzard.

8. The Return of Dutch (Present)

It wouldn’t be that far-fetched if the sequel was a direct continuation to the first Predator with Arnold Schwarzenegger returning as Dutch Schaefer as a starring role instead of just a cameo appearance. Schwarzenegger recently did 2013’s Escape Plan and 2014’s Sabotage – both of them were R-Rated and fairly low budget.

But what happened to Dutch Schaefer after the events in Predator? In the Predator 2 novelization, it was revealed that Agent Keyes spoke to Dutch in hospital as he was suffering from radiation poisoning. It goes on to say he escaped from hospital and never was seen again. That’s your non-canon explanation. It’s possible the story could involve an older, tired version of Dutch specifically tracking down another Predator with a team of soldiers in some remote part of the world.

Arnold Schwarzenegger to return as Dutch?

So where do we stand? With Robert Rodriguez out of the loop, it’s highly doubtful we’ll get any continuation of Royce and Isabelle’s story from Predators. That’s not necessarily a bad thing. I also doubt they will bring back the Super Predators faction – if anything it will be a similar clan to the Predators we know and love. Personally, I’m leaning towards Cambodia during the Vietnam War. It has great scenery, fairly remote and Vietnam hasn’t really been done that much in films, not in any mainstream films anyway.

I don’t think it’ll happen though. In the recent interview, Shane Black did imply it was a Predator sequel and not a prequel. I believe the film will be low-budget – all the Predator films have been under $50 million and they’re not the type of films to make hundreds of millions at the box office. On the positive side, I reckon it’ll definitely be R-Rated and we’ll most likely get some kind of appearance from Arnold Schwarzenegger. What about you? Where do you want Shane Black’s Predator sequel to take place?

Related News Posts
“The Best Part Of Filming Had to be...
Shane Black: Predator Sequel Will Be Set...
Shane Black to do a Sequel to Predator, Not...
Shane Black Talks The Predator’s Place...
Robert Rodriguez Not Involved In Predator...