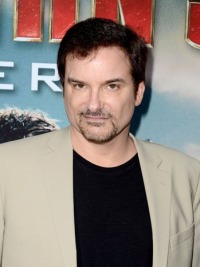 Woah… this news has come from nowhere. The Hollywood Reporter has the news that Shane Black will be rebooting the Predator franchise for 20th Century Fox! Black will reportedly be writing the treatment for the film before handing over scripting duties to Fred Dekker (Robocop 3). Shane Black is also slated to direct the new Predator film while John Davis (Producer of all Predator and AvP movies) will be producing it. Shane Black is no stranger to the Predator franchise as fans will know he played Hawkins in 1987’s Predator. Most recently, Shane Black co-wrote and directed the critically-acclaimed Iron Man 3 movie for Marvel last year. He also wrote the original Lethal Weapon films.

Eighties action classic Predator is getting the reboot treatment from Twentieth Century Fox. But before some purists cry fowl, however, they should know that this reboot comes with an in interesting attachment: Shane Black, the venerable screenwriter behind Lethal Weapon and writer-director of Kiss Kiss Bang Bangand Iron Man 3. Black will write the treatment for the project, then will hand over scripting duties to Fred Dekker, his university chum with whom he wrote 1987’s Monster Squad. Black will oversee the writing and is also attached to direct.

The last Predator film we got was of course 2010’s Predators from Robert Rodriguez which was also supposed to be a reboot of the Predator franchise. There’s no word on when the new film will be released. Watch this space… There’s also the question of whether or not Arnold Schwarzengger will have some kind of cameo appearance as he’s now no longer the Governor of California. The odds are high, I think. Thanks to 85 for the news.