We have just uploaded the 43rd episode of the Alien vs. Predator Galaxy Podcast (right-click and save as to download)! Our last episode of 2016 sees Xenomorphine, Omegamorph, RidgeTop, community guest HuDaFuk and I take a look back at 2004 and discuss Paul Anderson’s Alien vs. Predator. 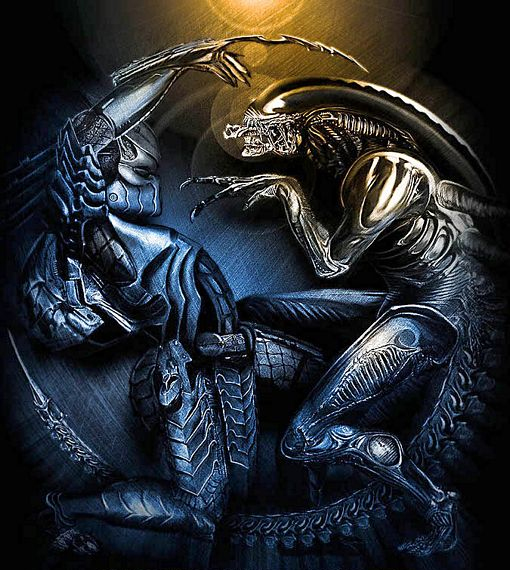 We cast our memories back to 2004 to the first time we saw Alien vs. Predator and our initial opinions. We go through the good and the bad, taking a measured approach to the film. It’s a lengthy one, clocking in just under 3 hours so we go into it in quite some depth!

This episode is currently planned as the last episode of 2016 but we will be recording a new episode if the Alien: Covenant trailer drops this side of New Year! I would like to take the opportunity to thank all the staff and guests who have joined in on the podcast. I’d also like to thank everyone who has listened to our episodes and commented on them.

Make sure you stick with Alien vs. Predator Galaxy through 2017 for more coverage of Alien: Covenant, The Predator and Alien 5 and for another great year of Alien and Predator podcasting.

If you are new to the podcast, you can also listen to any of our previous episodes in the Podcast section under the News tab on the main menu.