Earlier this week, trading cards for the Alien vs Predator movie were released. The card set, created by Inkworks, features a total of 90 cards including special autograph cards, survival of the fittest cards, sketch cards and the list goes on.

“The 90-card series will be loaded with features, including all the action and suspense of the movie story, the AVP Gallery, behind-the-scenes look at the making of the film and much more. Plus, look for additional randomly inserted bonus cards…”

Anyway, I was on EBay and noticed quite a few people had scanned the cards in and were selling them so I picked a few pictures of the cards and posted them on the next page. Some features new shots from the film… 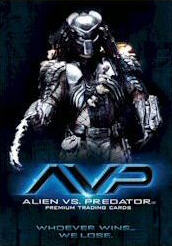 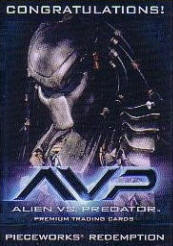 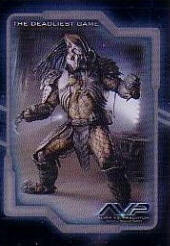 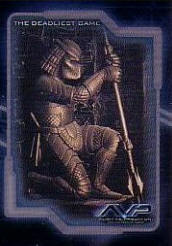 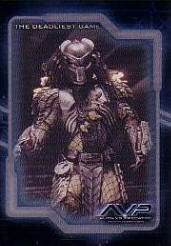 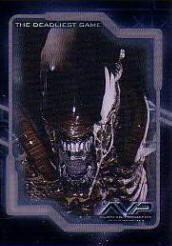 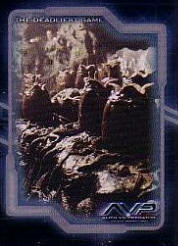 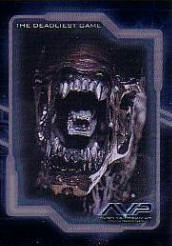 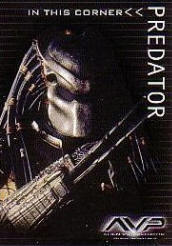 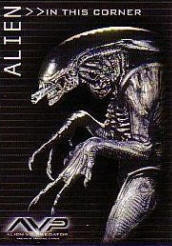 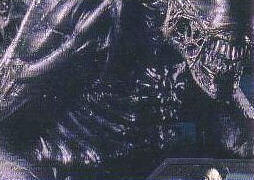 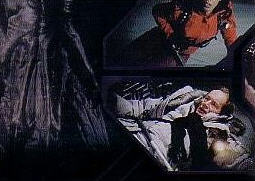 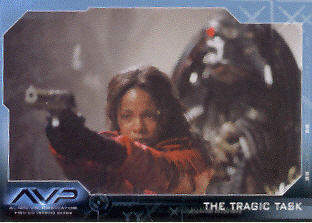 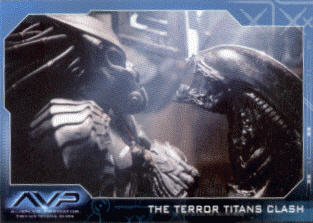 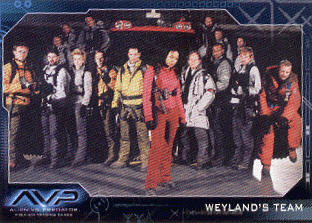 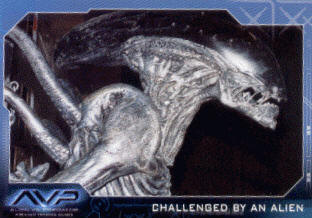 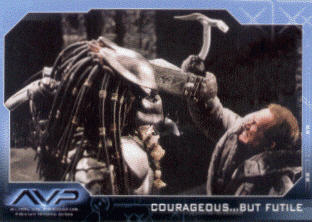 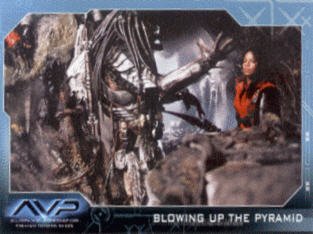 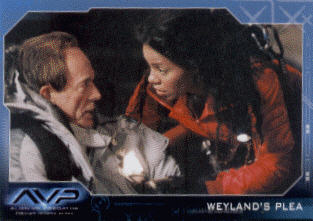 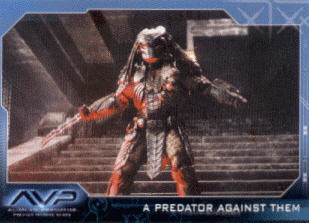 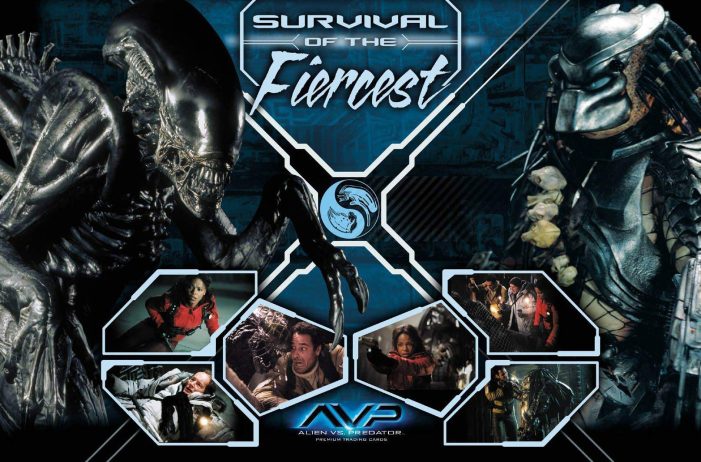 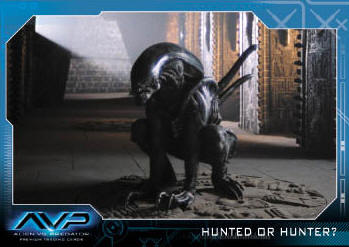 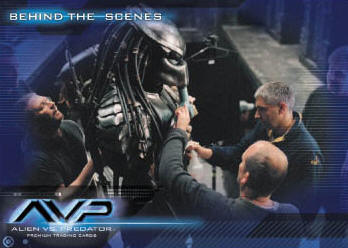 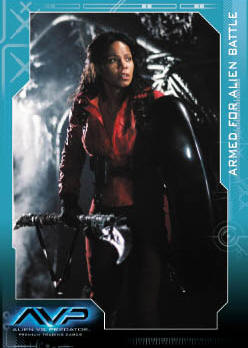