The good folk over at Albino Dragon have just been in touch with us to let us know about this fantastic looking set of Alien playing cards that they are putting out. The artwork was provided by Matt Demino (who you can find on Facebook or DeviantArt if you want to see more of his work!). You can see some pictures of the set below:

“This officially licensed deck of 52 playing cards needs no introduction. Order one today so that it can burst out of its packaging on your door step!” 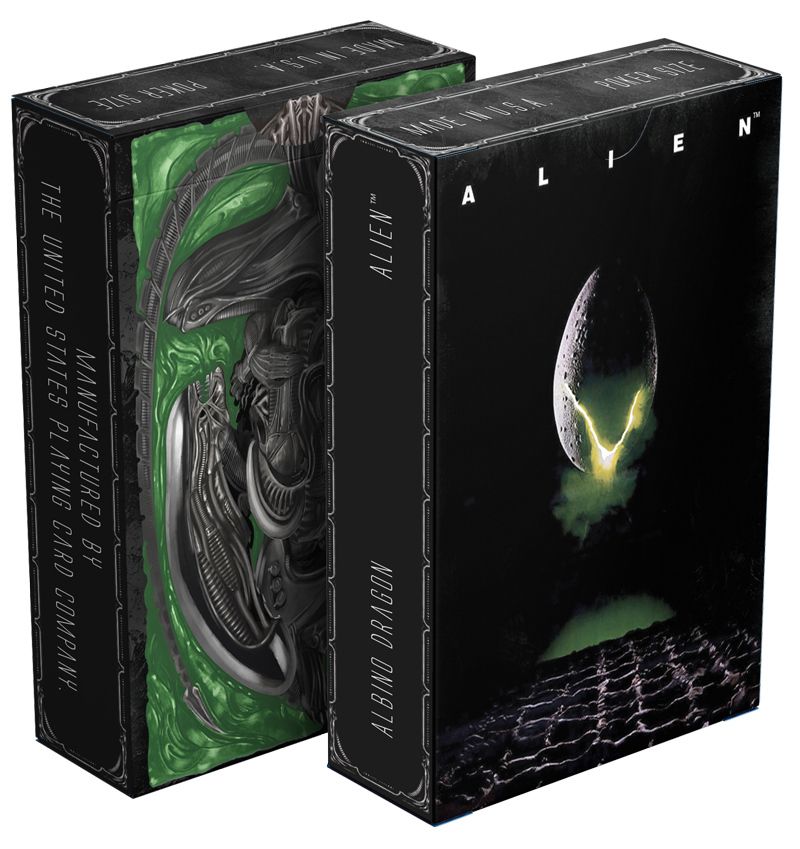 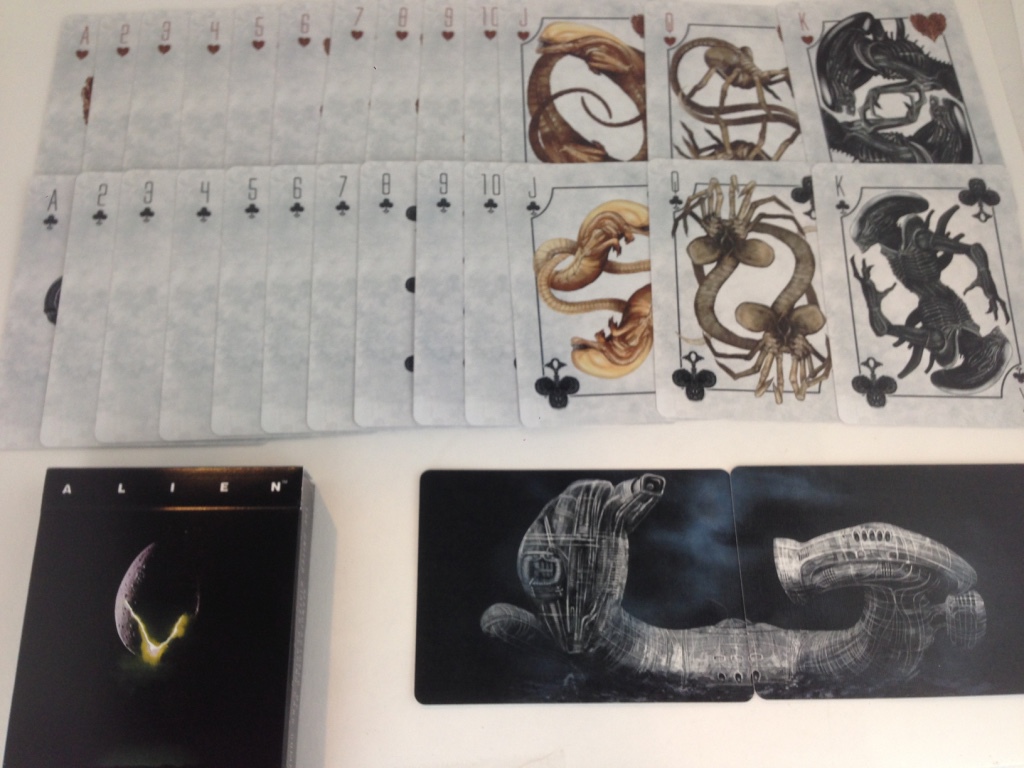 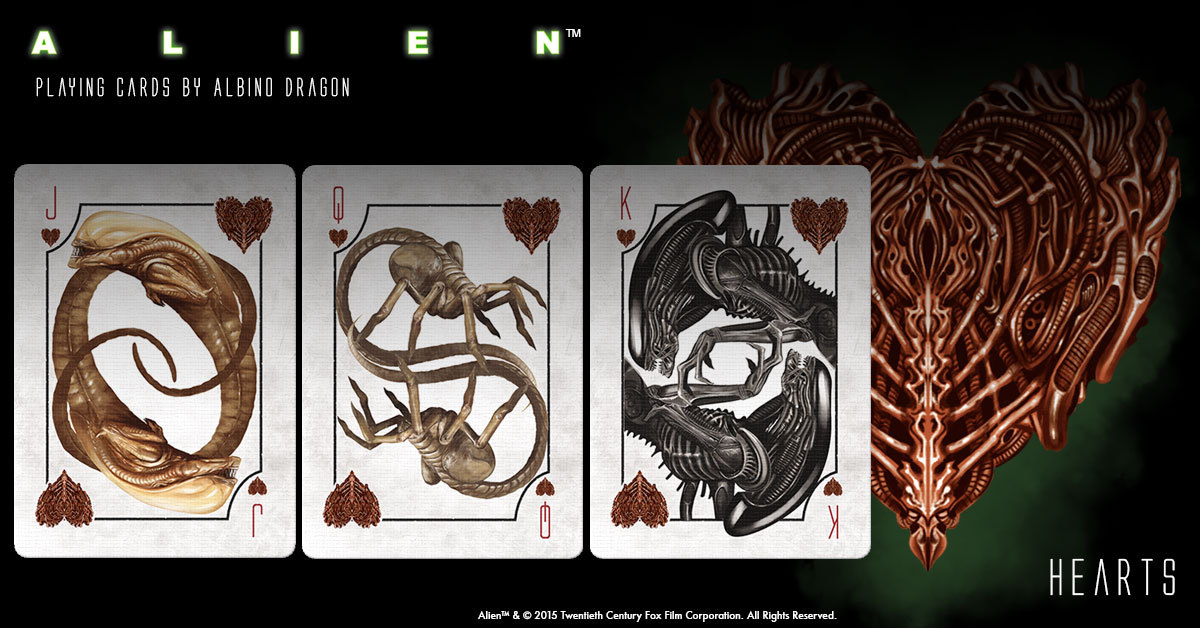 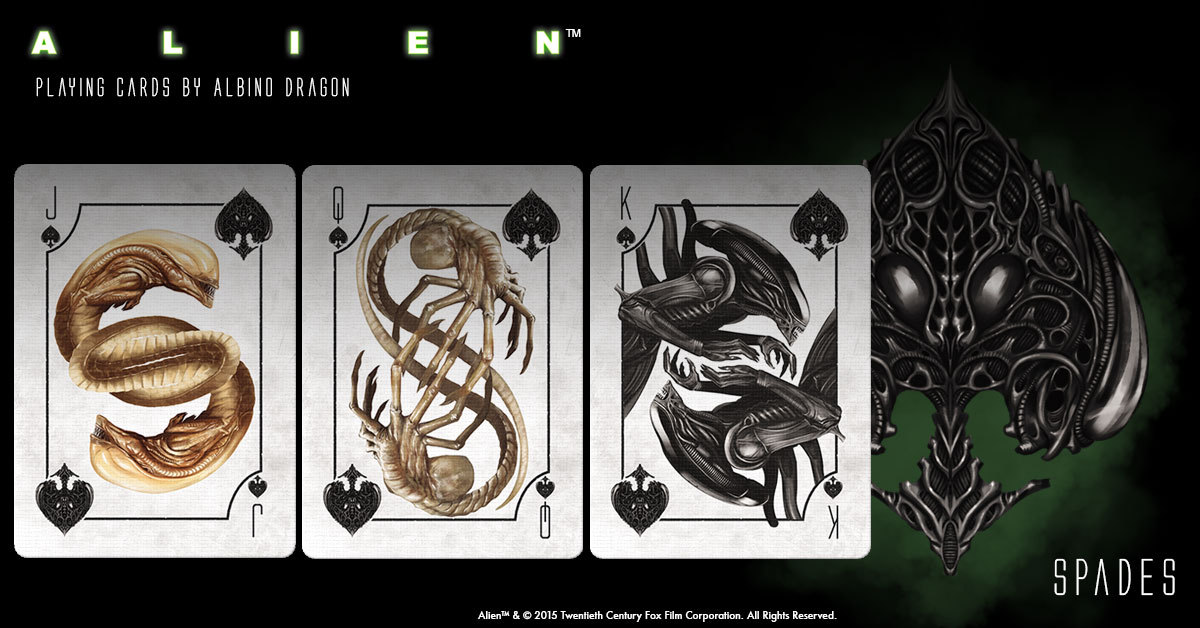 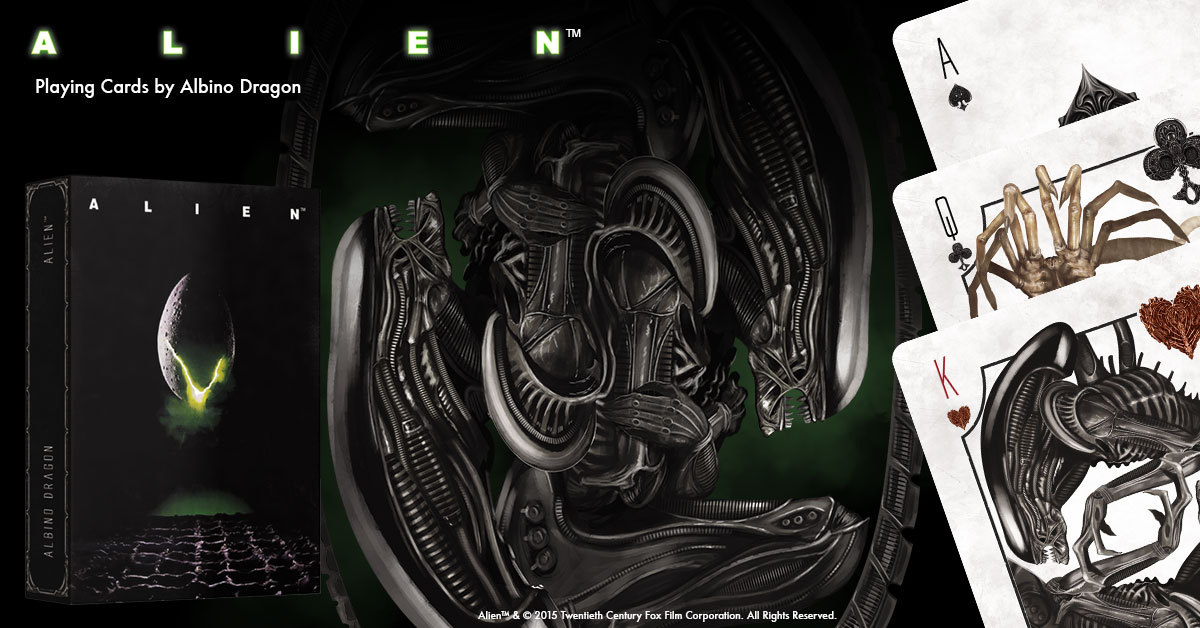 The set looks absolutely gorgeous! The only issue I have is that the jack (chestburster) and queen (face-hugger) are the wrong way around (in my opinion). The full art cards are also unique for each suit.

The set is only available to those in the United States. For those interested in ordering a set of Alien playing cards there is also a coupon for 2 decks for $20 (ordinarily $15 each), all you need to do is pop in the apt code “2for20“.

If there is enough interest in this Alien themed set, there is also a possibility of an Aliens themed set being released next year for the 30th anniversary.