“Chronicling each of the four movies in cardboard form, 2016 Upper Deck Alien Anthology looks back at the storied franchise with a comprehensive release. Top options include sketch cards and actor autographs.

Focusing on artwork instead of movie images, classic scenes are depicted with a variety of original art across a 100-card base set. Foil base parallels combine with standard insert to average one per pack.

A list of signers is not yet available but a key component of the release will be Autographs for top names in the overall film series and some will be short-printed. Another premium option, one-of-one Sketch cards offer original interpretations for notable characters and moments in Alien history.

Adding a non-traditional wrinkle to the mix, replica Marine Dog Tags (1:20 packs) can also be found as well as a limited Dog Tag Autograph (1:4 cases – #/5) parallel that is signed by select actors.

More traditional inserts each fall at 1:7.5 packs and include Character Bios, Weyland Yutani Propaganda Posters and artwork from the Legendary Encounters deck-building game.” 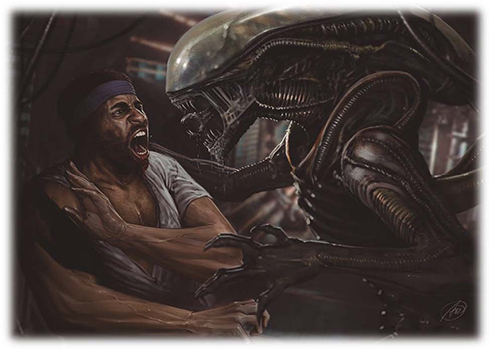 The Alien Anthology trading card set will contain artwork based on the films rather than screen captures. 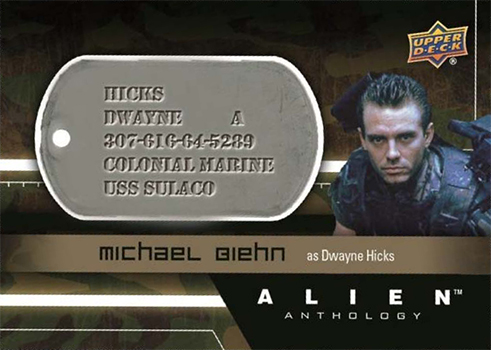 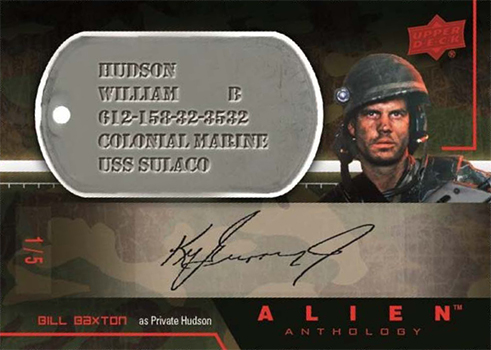 In addition to the normal Dog Tag cards, the Alien Anthology trading card set will also feature autographed variants of the Dog Tag cards. The above signature is a placeholder of Ken Griffey Jr’s signature.

Thanks to Machiko Naguchi for the news.