“This Alien is going to be… I’m very excited to see it and everybody in the film was saying this is a film that we all want to see. It’s much scarier than Prometheus but it’s got the same sort of scope of Prometheus. It’s kind of got more of the sort of thriller, imminent disaster feel that Alien had, so it’s kind of a beautiful meeting of both of those films. I’m really excited to see it, I think it’s gonna be super scary number one and then again with the massive scope of Prometheus… Once it starts and the ball starts rolling, it doesn’t let up. It’s really gonna bring chills to the cinema.” 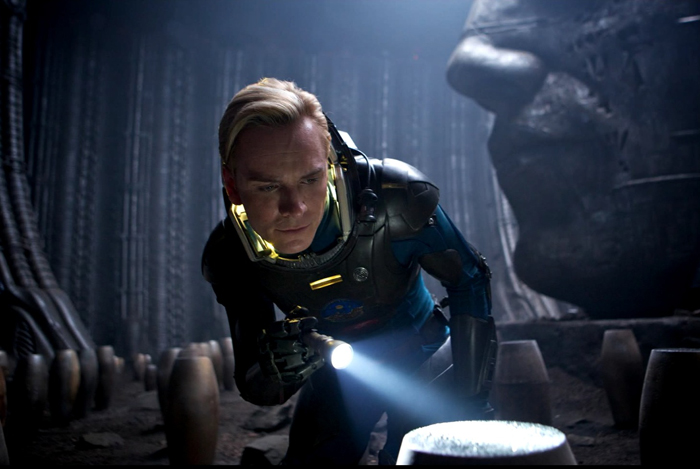 In a new interview with Collider, Michael Fassbender says Alien: Covenant is “much scarier” than Prometheus!

Fassbender isn’t the only cast member to comment on the tone and scare factor of the upcoming Prometheus sequel. Danny McBride recently spoke about the film, calling it “a dark horror movie.” After years of Ridley Scott saying the Alien was no longer and Creative Assembly’s Alien: Isolation proving that wasn’t the case, I’m sure we’ll all be eager to see what approach Ridley is taking with the new film’s horror angle.

Thanks to tmjhur for the news.