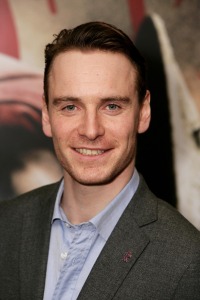 We last heard about a Prometheus sequel back in March when it was rumoured to be aiming for a March 2016 release date. We have a tiny bit of news today from Michael Fassbender who played David the android in Prometheus. While promoting X-Men: Days of Future Past, actor Michael Fassbender was asked about the sequel. He says he’s looking forward to working with Ridley Scott again and he’s doing the sequel but doesn’t know when.

Regarding the specific exchange on Prometheus 2, Steve asked Fassbender if he was looking forward to working with Scott on sequel, and he replied, “For sure.  I love Ridley.  He’s a master filmmaker,” at which point James McAvoy, who was also part of the interview, turned to Fassbender and asked, “Are you doing a sequel?” Fassbender turned to his X-Men co-star and replied, “Yeah, but when I don’t know.”

It’s still unknown whether or not Ridley Scott will be returning as director but these comments sure indicate that. Thanks to hfeldhaus for the news.