Sigourney Weaver updates on Blomkamp’s Alien 5! Speaking at an event hosted by virtualization software developer, VMware, Sigourney Weaver talked about her various movie roles and when asked about the state of Neill Blomkamp’s on-hold Alien 5 provided the following update:

“Well, I *think* it is.  Ridley asked Neill NOT to make our Alien til after Prometheus 2.  He (Ridley) wanted his movie to shoot and be released first.  But it’s an AMAZING script, and Neill and I are REALLY excited about doing it.  We’re doing other things until we can get going on that.  I’d be really surprised if we DIDN’T do it, because it’s such a great script, and we love working together.  So, it’s just going to take a little bit longer to get out to you, but it’ll be worth the wait.”

The comments come via Aggressive Comix who also mentioned that “the audience reacted strongly” to the news. It is great to hear Sigourney’s enthusiasm for the script. Back in September of 2015, Ridley Scott also commented on Blomkamp’s script saying “we just have the first [screenplay] draft in so far but it looks pretty good.” 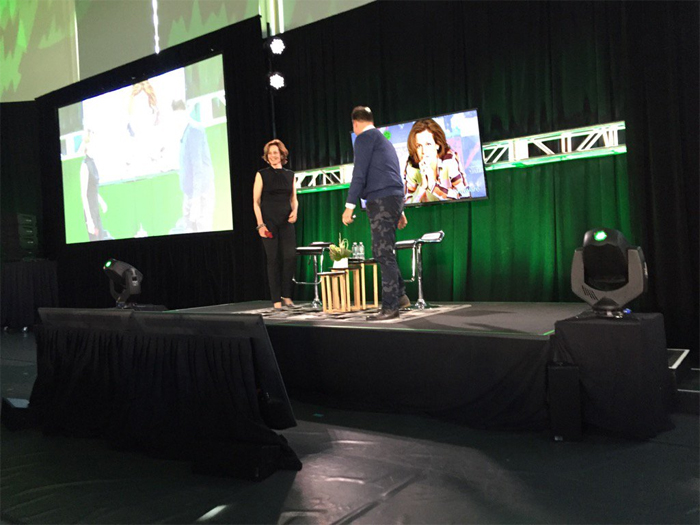 The last we heard of Blomkamp’s Alien sequel, it was on hold whilst Sir Ridley Scott worked on the Prometheus sequel, now titled Alien: Covenant. When speaking about Alien 5 previously, Ridley Scott had stated the intent to release Alien: Covenant first and then start work on Blomkamp’s sequel: “I’m producing it… The design is for it to go out next, after this. This will go out first. It’s more associated with Ripley, it’s a completely different angle, it’s more of a sequel. I’m coming in from the back end.”

Bloody Disgusting, who first broke the news of the possibility of the postponement of Alien 5, also reported that Alien 5 would likely be filming in 2017 for a 2018 release: “If all goes well, Blomkamp will likely shoot Alien 5 sometime in 2017, ahead of a release the following year. So that gives fans a one-two punch of Scott’s Prometheus 2 in 2017 and Blomkamp’s own Alien film in 2018.”