Back in August Bloody Disgusting reported that Neill Blomkamp’s Alien 5 (or 3.2) was being held back due to Ridley Scott’s Prometheus sequel. Blomkamp took to Twitter a few days later and reported that wasn’t quite true. However, according to the latest Tweet from Blomkamp Alien 5 is actually “kinda holding/ pending prometheus 2“.

alien is kinda holding/ pending prometheus 2. So I shall be working on other things… as much as I love the xeno- and Lt ripley 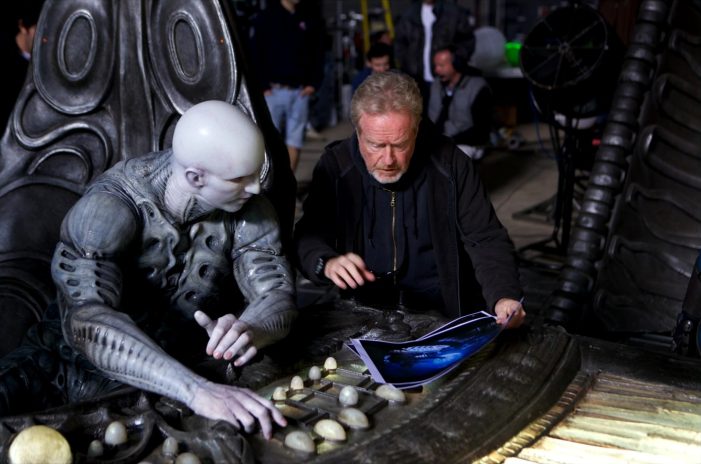 Ridley Scott and Ian Whyte on the set of Prometheus.

To what extent Alien 5 is being held back is unknown but it may appear to be a significant delay considering that Blomkamp is moving his energies elsewhere in the meantime. So I would expect to see less news on Alien 5 and more on Ridley Scott’s Alien: Paradise Lost which starts filming early next year.