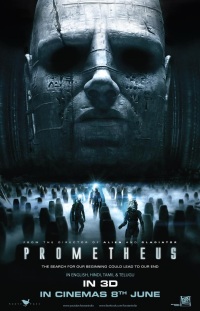 While Twentieth Century Fox is still hot on the project, our sources tell us that they’re being forced to hold off until after Ridley Scott gets into production on his long-gestured Prometheus sequel. This means a lengthy development process for Blomkamp’s Alien, and a potential release in 2018. “Alien 5 is still very much in the works, as Fox remains hot on the idea,” our regular tipster tells us. “Blomkamp continues to work on the script (only an outline existed previously) and refine the tale he is telling. Ridley Scott is still producing, but has insisted on Prometheus 2 being made first.” Blomkamp will continue to slowly prep Alien 5 while Scott goes off and makes Prometheus 2 early next year.

But there’s an even larger roadblock that’s being avoided by the feet dragging. Our insider says the “delay” will allow Blomkamp more time to develop his project and afford him the ability to work around any scheduling issues that may arise in reference to Sigourney Weaver’s involvement with James Cameron’s Avatar sequels. If all goes well, Blomkamp will likely shoot Alien 5 sometime in 2017, ahead of a release the following year. So that gives fans a one-two punch of Scott’s Prometheus 2 in 2017 and Blomkamp’s own Alien film in 2018. Things are subject to change, of course, but this is the current plan, so says our source.

None of this is really much of a surprise since Prometheus 2 has been in the works since the first movie came out in 2012 and yet we never seem to be getting any closer to a sequel. Though this news does support what we heard two weeks ago about Prometheus 2 potentially filming in January 2016. Hopefully, Ridley Scott will give us a Prometheus 2 update soon.