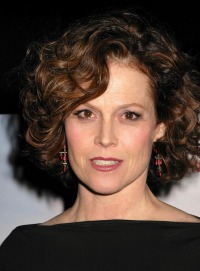 While promoting Creative Assembly’s Alien Isolation, actress Sigourney Weaver has made further comments regarding a potential Alien 5 movie in an interview with The Guardian. We last heard from her a couple of months back at the Hero Complex film festival and again, she reiterates that the story is unfinished and she would like to go back and finish Ripley’s story. Though this time she says she has a clear idea of how she wants to end Alien 5 that would please the fans.

“I definitely feel the story is unresolved, we never really finished it,” she said. “That was sort of my responsibility, because I didn’t like where the story was going – I’d already tried to kill myself in Alien 3. I didn’t like the Alien vs Predator movies, I thought they were demeaning to a wonderful story. Jim Cameron said it was like Alien vs the Wolfman. For many reasons, I didn’t want to pursue it, I wanted to do other things.”

“As a former English major, I feel like … hmmm, I wish we’d finished this story,” continued Weaver. “It feels incomplete to me. I wish it didn’t, but it does. We left it hanging. And there’s a way to finish this story that I think would be satisfying to me and the many fans.”

It’s a bit amusing how she keeps saying she died in Alien 3 to kill Ripley off yet she still returned to do Alien Resurrection. Anything is certainly possible. She goes onto to mention what she thinks the xenomorph was doing at the end of Alien. It’s commonly believed that the creature was dying while Weaver says there’s a romantic element to the scene and it was drawn to her because she was so different. Thanks to Chronical for the news.