Director Shane Black has given us a nice little update about the forthcoming Predator sequel. Collider caught up with the man at CinemaCon that is currently happening in Las Vegas. Black still states that he’s working the script but reiterates he wants to make the Predator movie a Summer movie – a movie that will have people queuing up to see.

When pressed about whether or not Arnold Schwarzenegger will reprise his role as Dutch, the director remained coy about the prospect. “I think it’s something we’re looking into, and as this thing evolves and takes on more of a shape, we’ll figure out how best to honor the tradition of what is really a remarkable first movie and even parts of the rest of them as well.” says Black.

The big news to come out of this interview is that Shane Black reveals that the Predator movie will take place present day! He stopped short of saying where but I still suspect it will be some remote part of Earth. 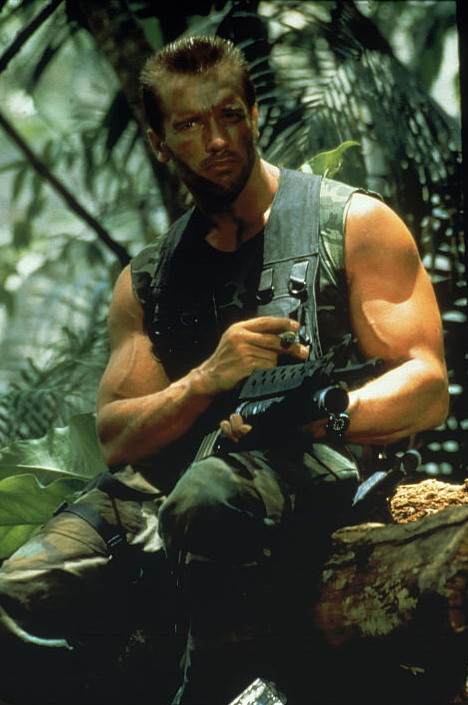 For history’s sake, John McTiernan’s Predator was set in 1987, Predator 2 was set in Summer 1997 and Predators was set in 2010. With the new Predator film due for release in 2018, that gives a time-jump of 31 years from the original.

How that will affect the story is anybody’s guess. With present day, that means a lot of my period pieces such as Vietnam and Pirates are out of the window. If Arnie signs on, I can still see the story revolving around an older, tired Dutch tracking down a Predator.

Related News Posts
Where should Shane Black’s Predator...
Round Up! Shane Black Talks The Predator
Shane Black to do a Sequel to Predator, Not...
Shane Black Hints At Possible Detective...
Arnold Schwarzenegger to meet Shane Black...