We recently learnt that Titan would be publishing Prometheus: The Art of the Film. It turns out Titan is also going to re-publishing a number of older Alien books as well: 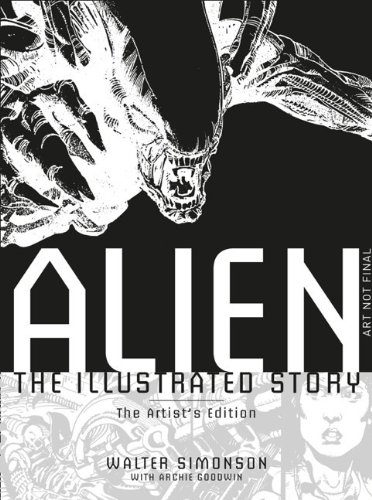 “With Prometheus on the way, they are replicating the format for themselves, with Alien: The Illustrated Story: The Artists’ Edition, now renamed from “The Original Edition” to closer mirror the IDW editions. The volume will reprint the original art of the Heavy Metal Archie Goodwin/Walt Simonson adaptation of Ridley Scott’s Alien at the 14″ x 17″ size.

The volume will also include colour tryout pages, the Goodwin script, an interviews with Simonson as well as his signature on every copy. Titan are also making the original story available in colour paperback at a… slightly more affordable price as Alien – The Illustrated Story.”

This comes from Bleeding Cool and is the first official announcement regarding the re-release. According to Amazon The Book of Alien and the Colonial Marine’s Technical Manual are also going to be re-published. If you’re interested in The Illustrated Story, be sure to Like their Facebook page.