In news that I never once expected I’d ever be posting, Titan Books has just announced (via Bloody Disgusting) that they’ll be publishing the Alien: The Official Cookbook, written by geeky chef Chris-Rachael Oseland! Here’s to hoping for a cornbread recipe!

Titan Books are delighted to announce the upcoming publication of Alien: The Official Cookbook! Bursting forth with 50 recipes inspired by the Alien franchise, this is the perfect book for the sci-fi superfan or quirky kitchen scientist. At last, it is your turn to be space’s greatest apex predator.

A culinary journey through the Xenomorph’s terrifying life cycle, Alien: The Official Cookbook will feature recipes such as avocado Xenomorph eggs and chicken facehugger cordon bleu. There’s something here to whet every appetite, no matter how monstrous, and this cookbook will thrill the eyes and the taste buds. 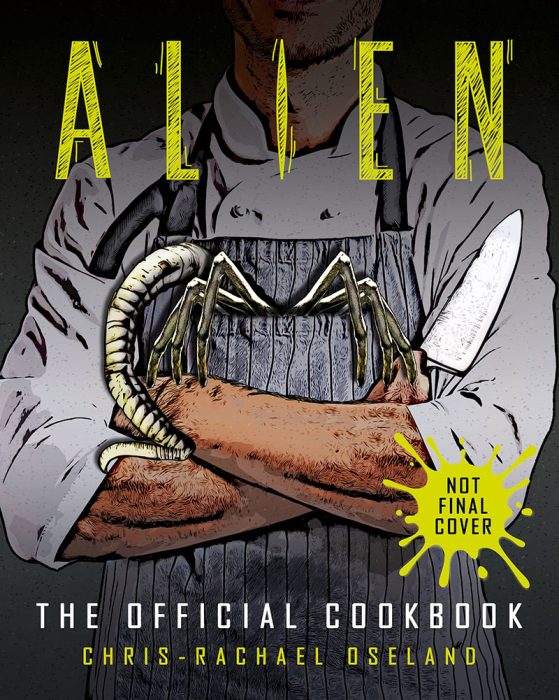 Oseland has previously written themed cookbooks for franchises such as Dr Who and the Hobbit, as well as cookbooks for horror and boardgames in general. Alien: The Official Cookbook is currently expected to release on the 10th of November 2020, and will retail at $34.95/£24.99.