Just when I think Titan can spoil us no more in 2019, they go ahead and announce another new book to excitement my nerdiness! Announced via Bloody Disgusting, Titan are going to be publishing a pretty interesting new book called Alien: 40 Years, 40 Artists Book!

Alien: 40 Years, 40 Artists” is an artistic tribute to the sci-fi horror masterpiece Alien. 40 artists, filmmakers, and fans have been invited to contribute a piece of original art to commemorate the 40th anniversary of Alien in 2019. 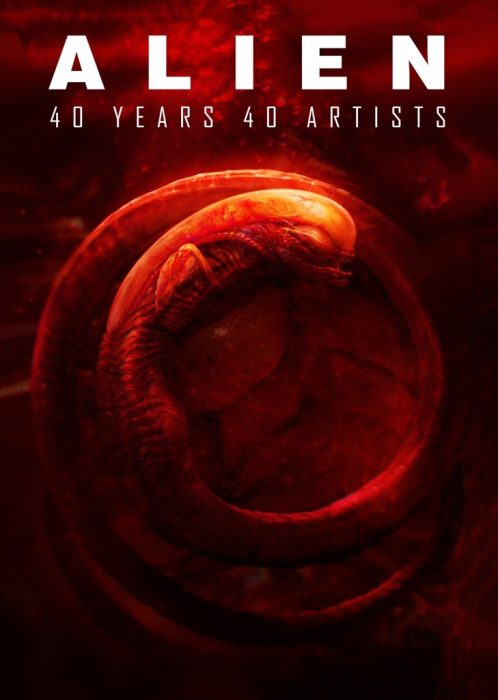 I will never get sick of seeing Dane Hallet’s Alien art and those are some pretty heavy hitters involved with this book! Alien: 40 Years, 40 Artists is currently slated for release on the 10th of October, just a week before Alien: Prototype is due to hit the shelves.

If you head on over to Bloody Disgusting, they also have the exclusive reveals of the cover art for both Alien: Prototype and the novelization of Alien: Isolation.

Keep a close eye on Alien vs. Predator Galaxy for the latest Alien Day 2019 news! You can follow us on Facebook, Twitter and Instagram to get the latest on your social media walls. You can also join in with fellow Alien and Predator fans on our forums!