After some recent hinting by Cold Iron about upcoming content for the co-op horde shooter Aliens: Fireteam Elite, the game’s first major expansion has been announced. The ‘Pathogen’ expansion will give us a new campaign, featuring three missions, and new enemy types.

This new chapter is unique from the first year roadmap of content which still has one more season release in its schedule. Check out the preview below that was shown off during IGN’s Summer of Gaming Stream!

Pathogen will see Aliens: Fireteam Elite expanded with a brand new campaign containing three missions and new enemy types. The storyline sees the Endeavor’s crew visit LV-895 where they find that the planet’s xenomorphs have been infected and mutated into fearsome new forms. The trailer shows off several of these new aliens, which draw upon the grotesque white Neomorph designs from Alien Covenant.

Aliens: Fireteam Elite – Pathogen will launch as a paid-for expansion on August 30. Coming alongside the expansion will be a free update that adds a hardcore mode that provides an “extreme survival challenge”.

Some screenshots of the new chapter showing off some of the new enemies were also released with the announcement: 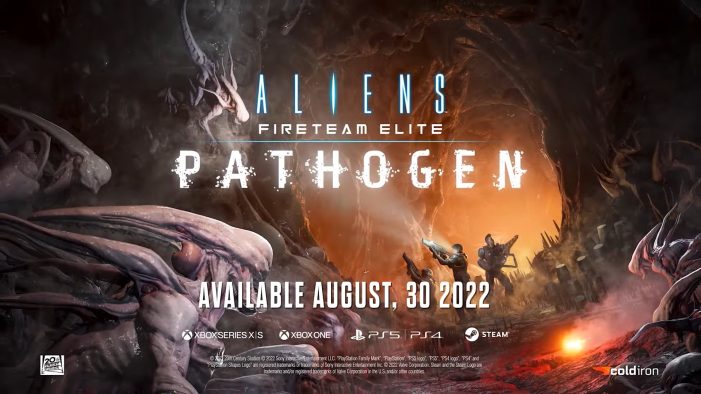 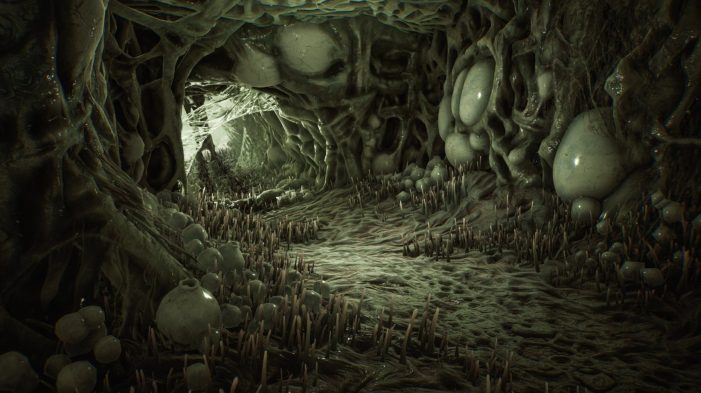 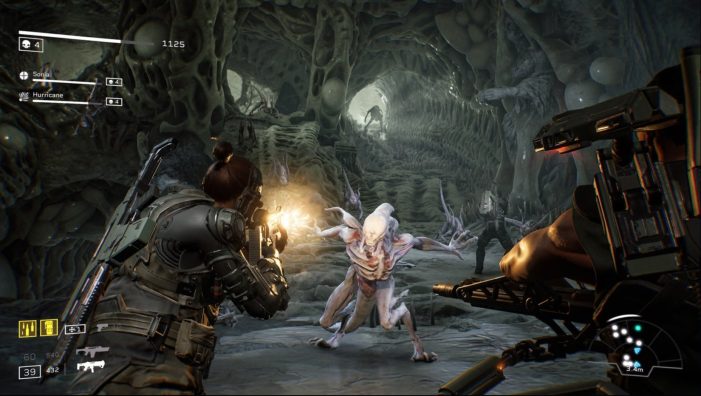 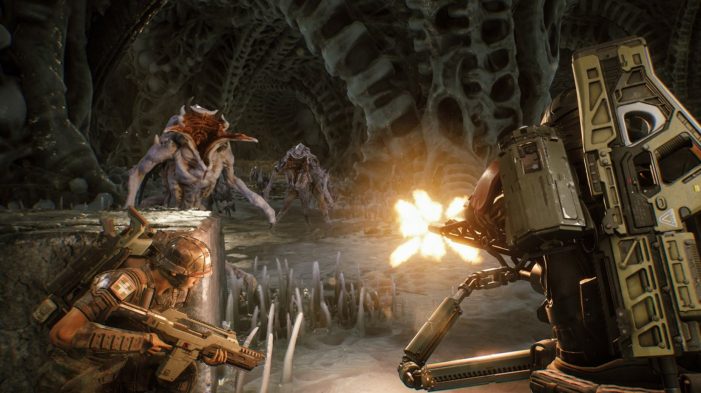 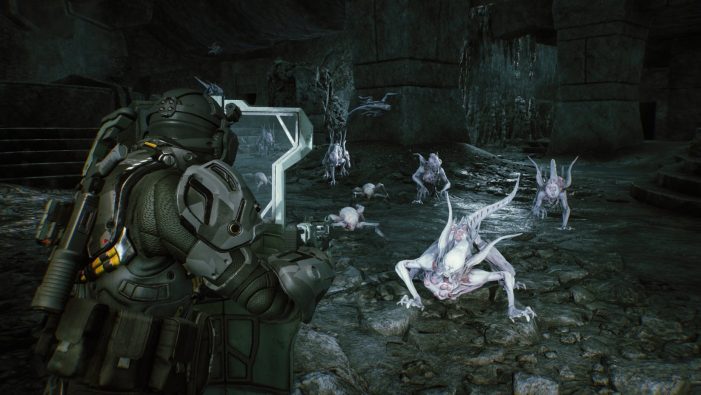 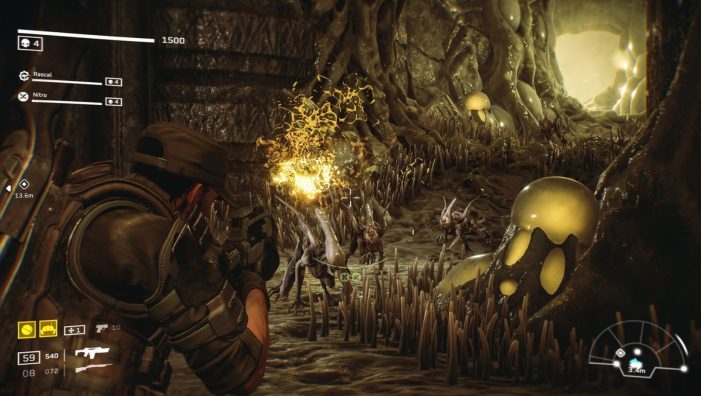 The paid expansion will be landing on August 30th, and also includes a host of other content beyond the campaign. Players will receive eight new weapons, 26 new weapon attachments, and a new perks for each class affecting primary abilities. Also included are numerous outfits, decals, weapon skins, and emotes.

As part of today’s announcement, IGN has released an interview with Cold Iron founder and CEO Craig Zinkievich. They discuss the upcoming Pathogen campaign that will continue the marines’ story, as well detail the free perma-death Hardcore mode coming to the game. The video features new footage of the expansion not shown in the trailer.

Zinkievich details a number of interesting points, such as the addition of a new weapons manufacturer that some fans may recognize from the comics and RPG: Alphatech Hardware Inc.

Crossplay has also been confirmed to be coming with Season 4 next month! Allowing friends on different consoles and PC to party up with each other.

The game’s composer Austin Wintory also mentioned all new music he’ll be delivering for the campaign.