This fast-paced alternative to Horde Mode will challenge players in a new survival-based defensive match where your fireteam must protect, repair, and hold 3 different strategic points through multiple attack waves from the xenomorph hive. Players may buy temporary consumables to even the odds by utilizing Fabrication Points earned during the mode and can unlock up to 20 new rewards by completing the mode at various difficulties. 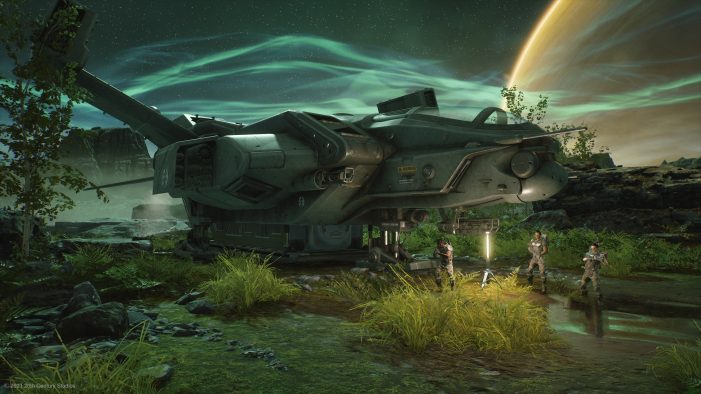 As with the Season 1 update in September, Season 2 also comes with new challenge cards, and new weapons – just in from Hypderdyne! – attachments, and cosmetics – including a very festive Santa hat – that are unlockable from either the store, or as Point Defense rewards. A new Lifetime Stats feature will also be included in the new free content update. 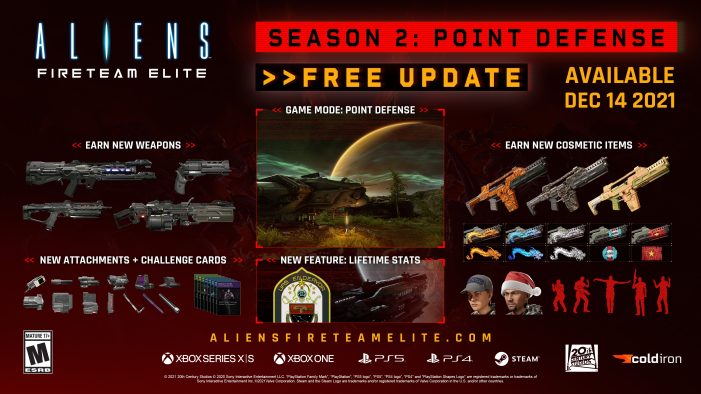 In addition to the free content upgrade, the second part of the Endeavour Pass will also be available alongside the Season 2 update. The Endeavour Pass is a paid-for Season Pass that includes cosmetic items. Season One’s Wey-Yu Armoury was (obviously) largely Weyland-Yutani inspired, introducing an Alien Dog Catcher/Commando-like outfit. Season 2 takes us back to Alien with The Nostromo Salvage Pack!

The Nostromo Salvage Pack is also available for purchase separate from the Endeavour Pass – as is the Wey-Yu Armoury – for $9.99. The Season 2 update is currently scheduled to release on December 14th.

In addition to Season 1 and 2, a further 2 Seasons are expected in the second and third quarters of 2022. Season 3 will bring in another new class and Season 4 another mode. Both will also introduce new features, new weapons, perks, attachments, cosmetics and challenge modes. 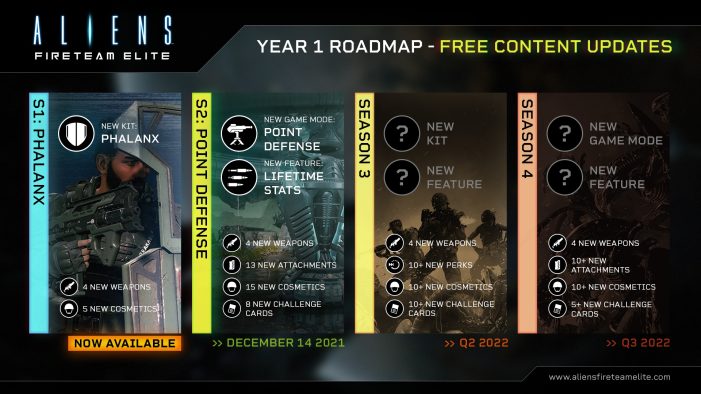 And for those PC and Xbox gamers who haven’t tried the game yet, Aliens: Fireteam Elite will also be available on Game Pass on the 14th when the new Season drops!

Coming December 14, alongside the new Season 2: Point Defense update, the standard edition of Aliens: Fireteam Elite will be available with Xbox Game Pass on both Xbox and Windows 10! This also means cross play will be available between all Xbox and PC players who install via the Microsoft Store version of the game.

We’re still awaiting official announcement about any new story content, however during the October Q&A with Cold Iron’s developers the possibility was teased when asked about inclusion of Colonial Marine vehicles in future content.

Those vehicle moments were great in the Aliens film, it’s in my mind when thinking about future campaign missions.

Update 02/12/21 – Cold Iron Studios has updated the official Aliens: Fireteam Elite website announcing Season 2 with some more specific details on what’s in store for us with the upcoming update, and details of the new Hyperdyne weaponry!

“We’re seeing an increase in xeno activity at the LV-895 ruins. Swarms are drawn by three Engineer devices. When they activate, xenos attack them. We believe those Engineer “Objects” stabilize the ground beneath the ruins. The moon is now entering a period of geologic instability – if we don’t keep them running, the ruins will collapse.” – Cpl Savane

Challenge your Fireteam with a new survival-based defensive game mode where you must protect, repair, and hold 3 strategic points through attack waves from the xenomorph threat. Use Fabrication Points earned during each wave to buy temporary Consumables and help your team survive the next attack. As you succeed at various difficulty levels, you’ll unlock all 13 new attachments, the “Come at me” “Noodle Arms” and “Cower” emotes, the ferocious Dragon decal in all 3 colors (Vermillion, Azure, and White), and the spine-chilling Exoskeletal Laminate colorway. 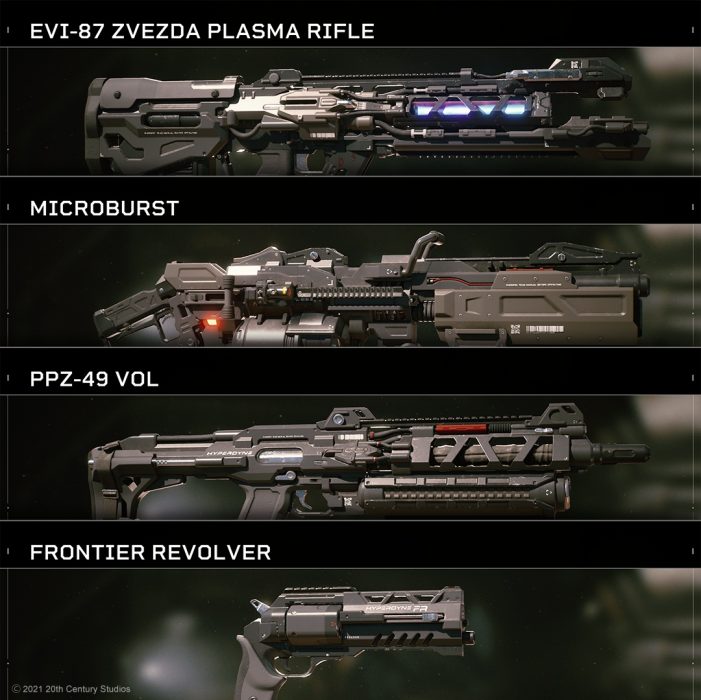 Cold Iron will also be hosting another Q&A session on their Discord on the 3rd of December at 12pm PDT!