We should all know by now that the Aliens aren’t the only enemies you’ll be coming up against in Aliens: Fireteam Elite when it releases at the end of August. You may have caught a glimpse of the various synthetic units in our recent preview footage, or seen some of the artwork of the Pathogen enemies that Cold Iron has been sharing on their social media channels. Alien vs. Predator Galaxy recently received some intelligence from our own field operatives detailing some specifics regarding these new enemies.

Synthetics, or “Artificial People” if you’d please, have made frequent appearances as enemies in Alien (and vs. Predator) games over the years. Fireteam Elite continues the tradition with its own take on Weyland-Yutani’s synthetic armed forces that we encountered once reaching the surface of LV-895.

There’s a number of different type of synthetic enemies, with less sophisticated models being utilized as a labor-force being redeployed in close quarter combat role – look out for those maintenance jacks!. And even the damaged synthetics – known as Detonators – are being repurposed with explosive results!

Severely damaged Synthetics may be weaponized by their colleagues, their unstable fuel cells rigged to overload and explode on command. Detonators remorselessly advance, seeking to catch a victim in their death throes. Easily distinguished by their headless, sparking appearance, fireteams should take them out before they can close – aim for the exposed chest cavity to deal critical damage. 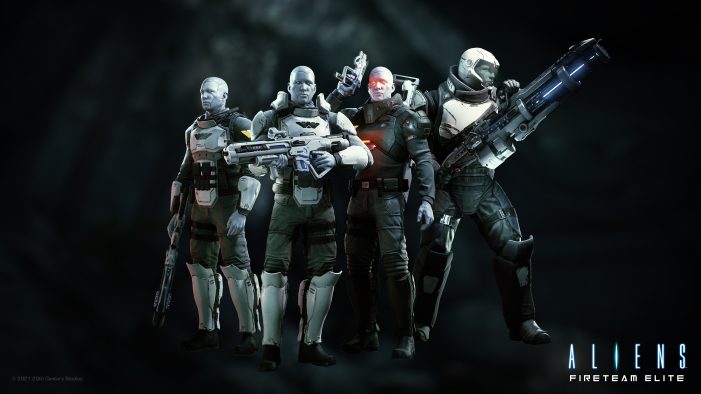 Weyland-Yutani Combat Synths made an appearance once we touched dirt on LV-895.

Weyland-Yutani’s synthetic forces also have access to a wide variety of weaponry, with the more heavily armored units also coming with significantly heavier firepower such as grenade launchers or incinerators. One role specific synthetic that our operatives came across was the sniper!

Snipers keep fireteams scrambling for cover. A Marine targeted by their laser sight has precious few seconds to duck behind something before getting shot from across the battlefield. Should Marines manage to close the range on a Sniper, they toss a smoke grenade and fall back to a safer position.

Seegon’s own synthetics also feature in the game, as both friend and foe. While Working Joes make an appearance on the other end of your sights (really, there’s no need to get hysterical), Seegson are also the manufacturers of Alpha and Beta, the two AI characters that the game fills up empty squad slots with!

Aliens: Fireteam Elite is also the first video game that makes heavy use of elements introduced in the prequel, in particular we get new enemies that result from the Engineer’s accelerant! Much like their close relations the Aliens, Pathogen enemies appear in large swarms and charge your fireteam. Transmissions from the ground were hard to pick up through the heavy interference, but we did get clear information on two of these Pathogen creatures.

The Stalker – known to readers of Aliens: Infiltrator better as Leon-895 – is considered by the Colonial Marines to be the most lethal of the Pathogen creatures encountered so far.

The greatest individual threat among the Pathogen are powerful creatures Marines have dubbed Stalkers. Mutated from “leons,” cat-like creatures native to LV-895, Stalkers have a chameleonic ability to blend into their surroundings. Difficult to spot with the naked eye, and fuzzy on motion trackers, they can move startlingly fast for something so large – pouncing, savaging an unwary victim, and retreating before a fireteam can respond.

Stalkers drop their camouflage just before attacking. Only a quick and coordinated response can take one down without suffering casualties. 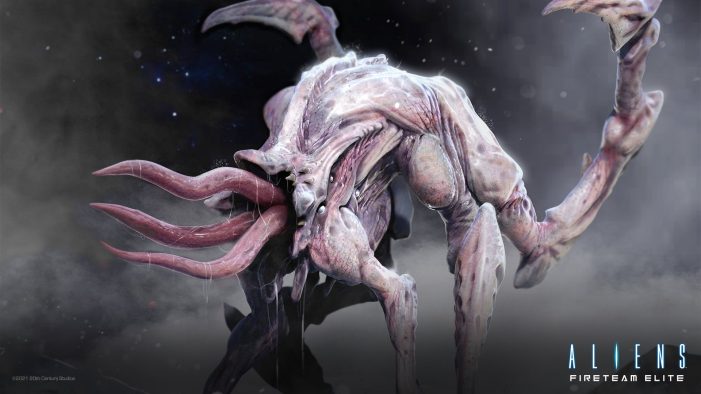 A smaller variant of the Pathogen mutated creatures found on the surface of LV-895 are the Poppers, a creature that is quite desperate to live up to its name once it gets within close quarters!

Poppers are tick-like swarming creatures. Like Xenomorphs, they are capable of traversing walls and ceilings. Their physiology is fragile, bloated by glands of necrotic fluid that burst on death. True to their name, if they manage to get close to their prey, they deliberately rupture these glands – killing themselves, but splashing nearby Marines with toxins.

That was all we managed to retrieve from the our field operative’s transmissions! But make sure to keep a close eye on Alien vs. Predator Galaxy for the latest intel on Aliens: Fireteam! You can follow us on Facebook, Twitter, Instagram and YouTube to get the latest on your social media walls. You can also join in with fellow Alien and Predator fans on our forums!