A little over a year ago on April 24, 2020, Predator fans were elated with the release of Illfonic’s Predator: Hunting Grounds, an asymmetrical multiplayer video game that takes place in the remote jungles of the world, where players could join an elite fireteam trying to successfully complete missions (or play as a trophy seeking Predator trying to eliminate them).

Now, a year later, while many fans were concerned that the pending lawsuit over the U.S. copyright of Predator could stop this update from coming, we are relieved and thrilled to announce that the new update has arrived!

IllFonic CEO Charles Brungardt has announced via the Playstation Blog that they are celebrating Predator Hunting Grounds’ One Year Anniversary with a release on the Steam Platform, a new map, and more!

Regarding the game’s debut on Steam, Charles Brungardt had this to say:

“We are on Steam! You can purchase Predator: Hunting Grounds on Steam today. To get all Steam players caught up, we will be offering a DLC Predator Package – all four Predator DLC skins and abilities: Viking, Samurai, Valkyrie, and City Hunter; plus early access* to three additional masks and six war paints. (This DLC package is available on all platforms starting today as well, if you have been waiting to add to your Predator collection.) Lastly, good news, Steam players do not fret; our game is crossplay friendly and allows for crossplay invites. One thing to note, all progress in-game is stored on a per-platform basis and is non-transferable.”

Also, players will be able to experience a new map in the game titled “Airstrip” that reportedly took their team seven months to develop. The map will feature 12 different missions, and promises to test player’s skills in vulnerable situations with its large open areas and tight airplane hangers. 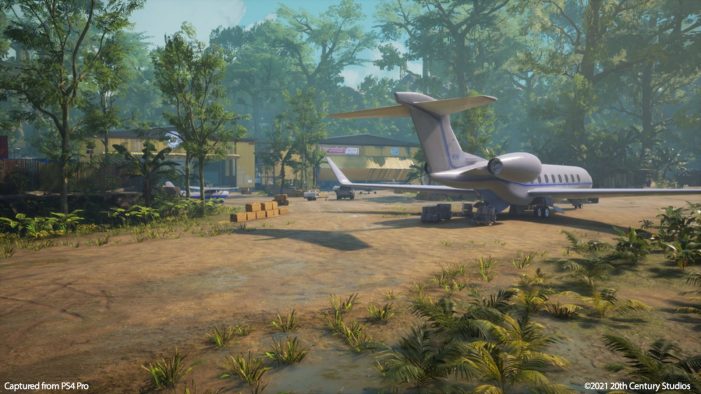 Predator Specializations have also finally arrived, including abilities like a Target Isolation that ignores mud and restoring health by claiming trophies!

And that’s not all, new Predator cosmetics are here, including early access to three new masks revealed to be “Mr Black” from Predators, the “City Hunter Rebreather” from Predator 2 and “Saber (Dutch’s Shoulder Pauldron)”. 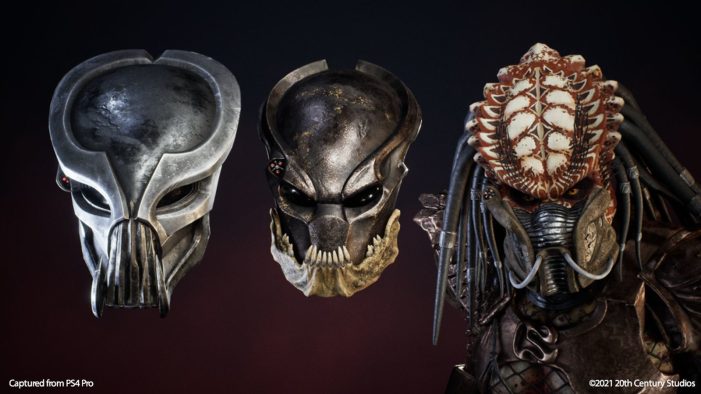 So Happy Anniversary to Predator: Hunting Grounds, now get out there and start hunting!