July’s free update to Predator: Hunting Grounds is here! It seems the majority of the new content is in the way of new customization content. For the Fireteam we’ve got gun shaders and outfit camo.

But the Predators are getting some love with new skin shaders and last month’s early access Samurai Katana and shaders. Not only that, the Alpha Predator class is now free to all players who have hit level 100!

There are over thirty items coming in the free update; New Fireteam Gun Shaders, a Fireteam Outfit Camo, and vibrant Predator Skin Pattern tints make up the majority of the drop.* We are also extremely excited to announce the long-awaited worldwide release of the Alpha Predator and Sickle! Both the Alpha Predator Class and the Sickle can be earned by reaching level 100. And I don’t want to forget, but this update also means that everyone can now earn the Predator Katana and Shaders for use. 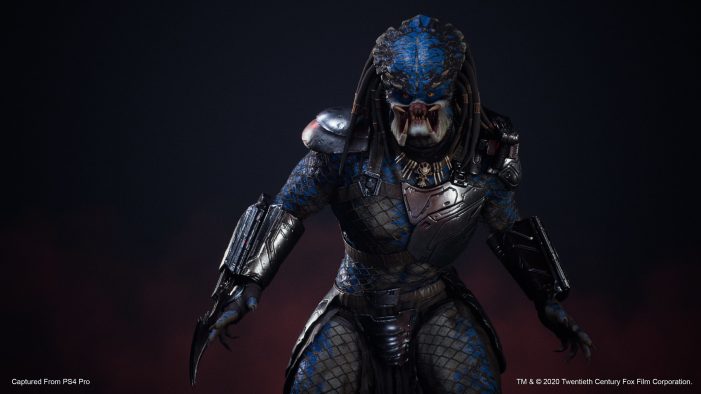 July’s paid DLC has also been announced. Predator 2 fans, it’s time to rejoice as City Hunter is about to enter the Hunting Grounds, complete with combistick and his wrist rocket!

I am also thrilled to share with you that coming later this month is the third paid DLC. We heard a lot of people in the community ask about this specific Predator since we announced the title last year. We are bringing the City Hunter class to Predator: Hunting Grounds! The City Hunter will come with his classic Combistick and Wrist Launcher for hunting down Fireteams. You will be able to add the City Hunter to your Predator classes and play as the iconic character on July 28. 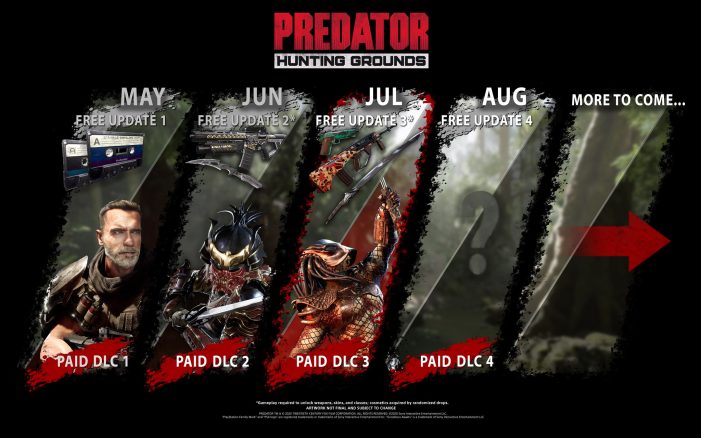 The new blog post also addressed the lack of new maps or game modes – which have been datamined – and reaffirmed that they are on the way.

We have seen some folks in the community wondering about the new map and mode; rest assured they are still in the roadmap, we just haven’t released the dates yet. We will be sharing more information soon. Until then, I will see you in the jungle!

While the new update is mainly a content drop, it does also feature some minor patching.