After premiering earlier today, the embargo lifted earlier and reviews are starting to pour in for The Predator. And if the early reaction tweets weren’t a good enough indication, the film is generally being received as quite mixed with scores around the 3 out of 5 mark. 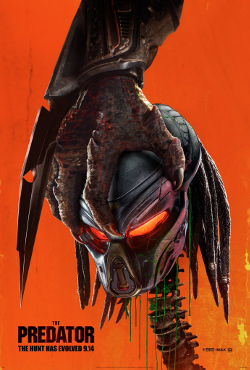 Related News Posts
Practical Effects, What Makes The Predator...
The Predator Competitions Round-Up
Round Up! Shane Black Talks The Predator
Brian Prince Talks Performing As The...
AvP Galaxy Reviews The Predator: Hunters and...