Following on from the set reports released at the end of last, Den of Geek have just released their own article detailing their visit to the Vancouver based Mammoth Studios for their set visit. It covers some of the same details we’ve already ready about from JoBlo, Bloody Disgusting and Collider but Den of Geek’s article has a really cool chat with Brian A. Prince, one of the men responsible for bringing the Predators to life in Shane Black’s The Predator.

Talking about how he got the part as the iconic extra-terrestrial, Prince talked about the casting process and how his parkour skills seemed to play a part in him taking on the mantle of the Predator:

“All that change, Prince explains, when he got a call from The Predator’s stunt coordinator; Prince made a video demonstrating his parkour skills, sent it off, and within a few weeks, he was on a plane bound for Los Angeles.

“I just got in there and started swingin’ and jumpin’, started running around. We did the audition process – there was me, Kyle, about three other guys, all about the same height. We drew in our own take of some kind of creature movement. I mixed in some hunting and primal elements with a lot of my parcour movements – a lot of jumping, vaulting, rolling around. I guess Shane liked it, because the next day they told me I got it. I was like, What? I was working minimum wage last year, and now I’m here!” 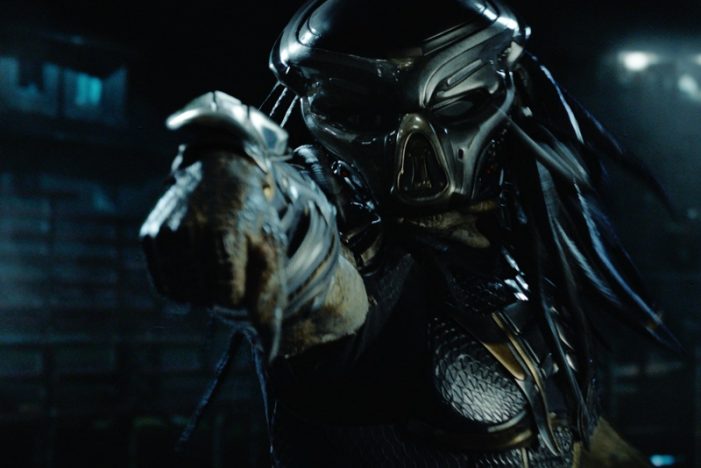 “This creature’s a lot more mobile. In the other films, they’d move, for sure, but a lot of the times, in the first one, there wasn’t a lot of agile movement. So with this one, for me, they’re throwing me through things, I’m fighting, slashing. One of the things I had in mind was for the creature to look heavy, to look big, but also to be very mobile – kind of like a lion. A big creature… or a bear. You see one running at you, and you’re like, Oh damn.”

During the interview Prince also discusses how he gets into the mindset to play Predator; Music. He also specifically calls out God of War’s Kratos as an inspiration for his on the Predator.

Related News Posts
Kyle Strauts & Brian A. Prince to...
Brian B. Prince Passed Out On Set of The...
New The Predator Set Reports Talk Costumes...
Jared Krichevsky Shares Concept Art For The...
Round Up! Shane Black Talks The Predator