In addition to chatting to one of the gentle giants from The Predator, Den of Geek’s set report also included a lot of other great information about The Predator. They had the chance to watch the cast between shots, watch scenes being shot and talk to the cast about the time on the film.

Boyd Holbrook, the film’s leading man, had plenty of praise to heap onto Shane Black and his focus on the new set of characters who are going up against the latest Predators.

It’s Black’s focus on the characters and their relationships, Holbrook says, that will separate The Predator from other expensive blockbusters.

“In this demographic of films, these mega-movies, I feel like there’s been a little bit of phoning it in,” Holbrook tells us. “They’re all becoming this big, long film. I’m not tooting  my own horn, but that’s why I was so attracted to a film like Logan, because I felt that it had substance and story, but still fitting in that demographic […]Once I saw there was an element of a true relationship between all the characters, and that Shane was coming on, the kind of film Shane makes, I was ecstatic, I guess you could say.” 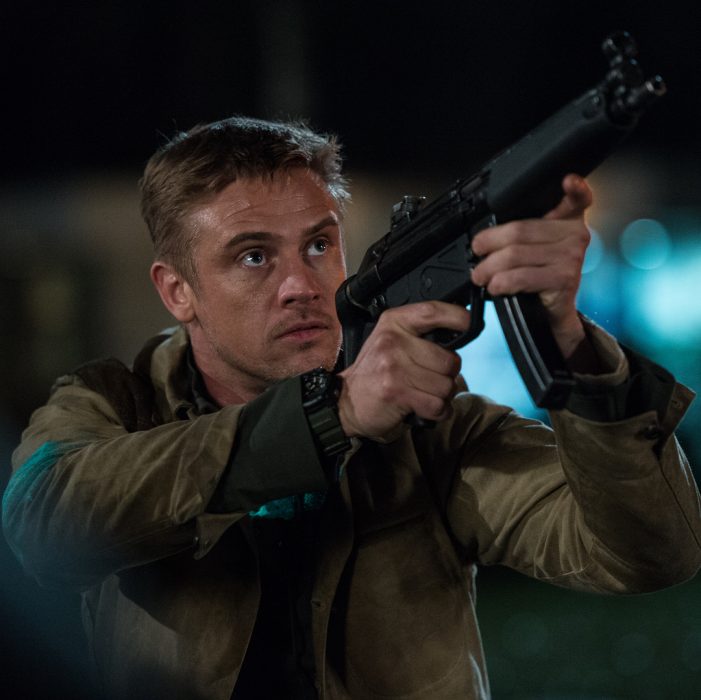 “It’s Black’s focus on the characters and their relationships, Holbrook says, that will separate The Predator from other expensive blockbusters.”

Fellow cast member Thomas Jane, who plays Baxley, also took the chance to enthuse to Den of Geek about Shane Black’s take on The Predator.

“He’s trying to create a sense of realism,” the actor says, “but also a sense of humour with the thing, you know? It’s a little irreverent. It’s also scary, with a lot of terrific action. I love the idea of taking a bunch of lunatic, misfit veterans who were used up by the military and thrown away – they can’t even get their meds on time, or get proper care – we take these guys and pit them against a threat from outer space. I think it’s great.”

Jane also talks about his thoughts on why the Predator as a creature is so enduring and reveals a little about the nature of his character’s relationship with Keegan Michael-Key’s own character, Coil, saying that Braxley “really want to kill him in his sleep.”

Den of Geek also had the opportunity to talk Predator effects veterans Alec Gillis and Tom Woodruff Jr about The Predator’s character design, the mix of practical and digital effects and how important it was to fans to see a real Predator on the set.

“We’re big fans of practical effects, because we think the real stuff just looks the best,” Woodruff says. “That’s not to say there’s not a place for the digital as well, because there always is. So there are several Predator characters in this movie that are practical, as they should be in our opinion, and we think it’s what the fans want to see: a real Predator standing next to a person.”

There are little clues here and there, however, that not all the creature effects in The Predator will be practical. Later in the day, we see a sequence where a Predator goes flying backwards through a window – likely the same school window we saw Holbrook slammed up against in an earlier scene. It’s a small yet near looking stunt: we see the shot from a low, three-quarter angle as the Predator crashes through the wooden window frame.

Once the camera operators have caught the take, a crew member rushes in with those mirrored ball things that visual effects use to add CG elements to the sequence in post-production. First a mirrored ball is lowered in front of the camera, then a matt one, then a third one textured after the Predator’s skin: that pale, mottled grey with an amphibious, sticky sheen. Finally a prop arm is lowered into view; it’s unmistakably a Predator arm, but huge even by the alien hunter’s standards. Could it be that The Predator of the title isn’t a guy in a suit like the others, but a much bigger one brought to life with CGI? The occasional mention of a “10-foot mutha” certainly suggests that he will be. 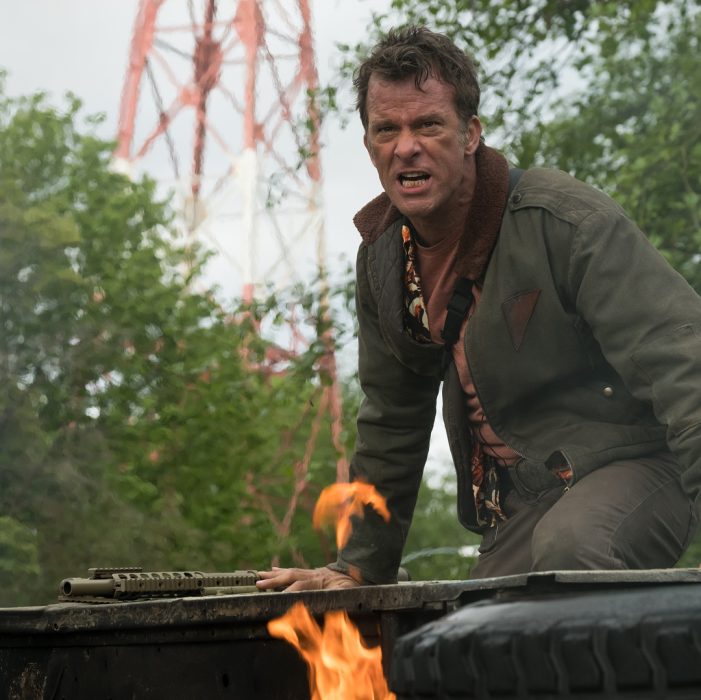 “There’s sort of a love-hate relationship between the two of us [Keegan Michael-Key’s Coil],” Jane says, his face deadpan. “I really want to kill him in his sleep, but I also feel that we have a connection – we need each other in a way. He needs redemption from me. I just want to kill him.”

This latest set report from Den of Geek is full to the brim with some really interesting insights and comments about the work that went into The Predator. This includes plenty of comments from the cast and details on their characters, and some very specific scene details. Head on over to Den of Geek to check out the full report!