Talking to Digital Spy in new interview, Sir Ridley Scott spoke about the merger between 20th Century Fox and Disney and his thoughts on the possible continuation of the Alien franchise under the House of Mouse.

“I’m hoping I’ll still probably be there so whether or not they go ahead with such a dark subject, being Disney, as aliens remains to be seen. I think they should because I think, when people have a hard and fast franchise which has ongoing interest, it’s crazy not to do something with it.”

While Disney is not known for directly releasing more adult content like Alien, in the past they have owned companies that have such as Miramax, Dimension Films and Touchstone Pictures. Disney has spoke about retaining Fox Searchlight and Fox 2000 as separate entities following the merger so it’s possible any future Alien or Predator films could be put out under those banners. 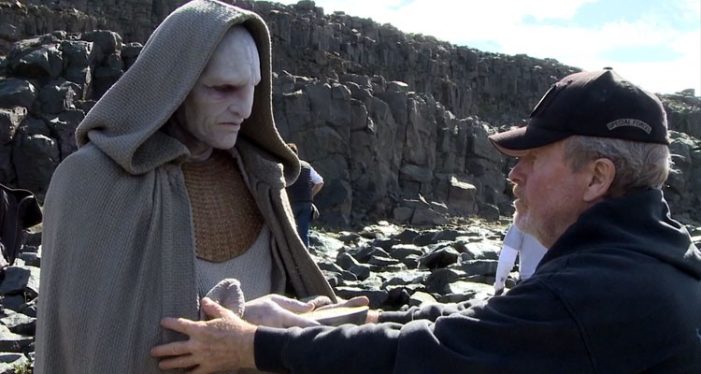 On the subject of other R-rated material, Disney’s CEO Bob Iger recently confirmed that there was a place within a Disney owned Marvel universe for more R-rated Deadpool films, saying that: “we think there might be an opportunity for a Marvel-R brand for something like Deadpool. As long as we let the audiences know what’s coming, we think we can manage that fine.” So Disney are definitely open to the R-rated content coming from the merger.

In the interview with Digital Spy Scott also spoke a little more about having a plan for where Alien: Covenant 2 would be heading: “I’m in tune with where Covenant 2 would go. We already know what we’d do with that. You’ve got to have a fundamental platform and target where you would take it. It’s a bit like having the skeleton before the meat goes on.”

Thanks to Ingwar and Whos_Nick for the news. Keep a close eye on Alien vs. Predator Galaxy for the latest on Alien: Covenant and Alien: Covenant 2! You can follow us on Facebook, Twitter and Instagram to get the latest on your social media walls. You can also join in with fellow Alien fans on our forums!