While Katherine Waterston hasn’t heard anything about Alien: Covenant 2 for some time, according to Deadline’s coverage of the current Disney/Fox merger Sir Ridley Scott is continuing to develop the sequel to Alien: Covenant.

While discussing which of Fox’s production partners is likely to continue on after the merger, Deadline had this to say:

“Ridley Scott’s Scott Free seems also a good bet to stay: beyond the next Aliens installment that he’s working on, Scott is expected to next direct Merlin, a live-action movie on the formative years of the wizard, for Disney.” 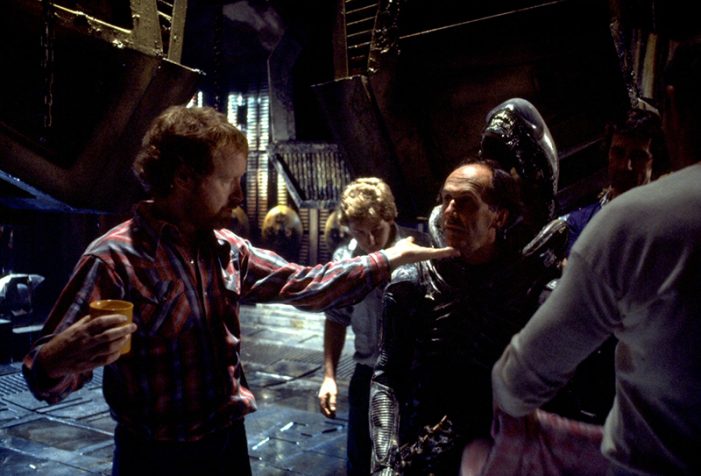 Sir Ridley Scott on the set of Alien with Eddie Powell in the Alien costume.

Though he did speak about potential ideas for the sequel back in 2017, Scott hasn’t actually spoken about any potential new Alien film for some time now. He did, however, comment on hoping Disney continues to use the Alien series.

“I’m hoping I’ll still probably be there so whether or not they go ahead with such a dark subject, being Disney, as aliens remains to be seen. I think they should because I think, when people have a hard and fast franchise which has ongoing interest, it’s crazy not to do something with it.”

It now sounds like 20th Century Fox Film will be remaining under Disney ownership, along with Fox Family and Fox Searchlight. Unexpectedly, Fox 2000 is not surviving the merger. While it’s still not confirmed how the non-Disney image properties are going to be handled, it is possible we’ll see them live on under the Fox Film brand.