For those that read Total Film magazine, they have an enormous ten page spread in July 2017’s issue all dedicated to Alien Covenant. Last year, they paid a visit to the Covenant set in Australia and sat down with director Ridley Scott and talked about lots of different things relating to the Alien Covenant production including the ferocious Neomorphs and where the idea for them came from.

Total Film also chats to some of the stars including Michael Fassbender and Katherine Waterston about how they feel to be starring in a new Alien film. The most interesting quote comes towards the end when Ridley Scott comments on the future of the franchise. It’s nothing really new – just that the next film is being written and how Covenant ends will lead on to another Alien sequel.

“If it does well, you just go again,” Scott says with the matter of factness of a man who’s seen countless projects live and die over a 40-plus-year career. “Covenant will still keep us a way off the first Alien. I can do one more of these. It’s being written right now. But we’ll see whether that goes. The belly of the story is carrying on to Covenant and, hopefully, Prometheus 3 – whatever you want to call it – because we’ve got a long-range plan as to how this evolves. And how this one ends will definitely take you on to the next one.”

In addition to the article, there are also a few new production stills and alternate shots we’ve not seen before. As per usual, we have the full Total Film scans for you to peruse at your leisure. This new image is of Katherine Waterston’s Daniels facing off with one of the Neomorphs. 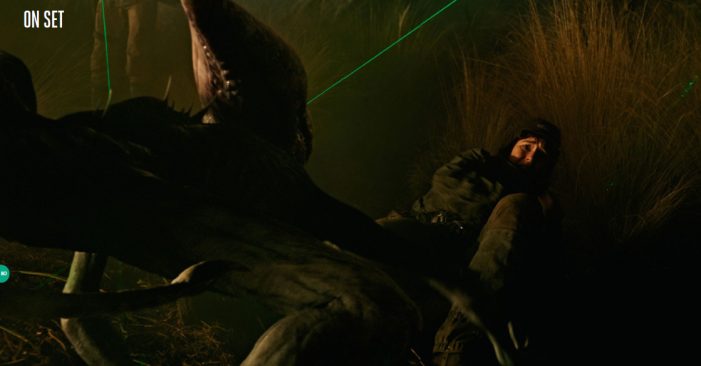 And another still of Walter consoling Daniels. 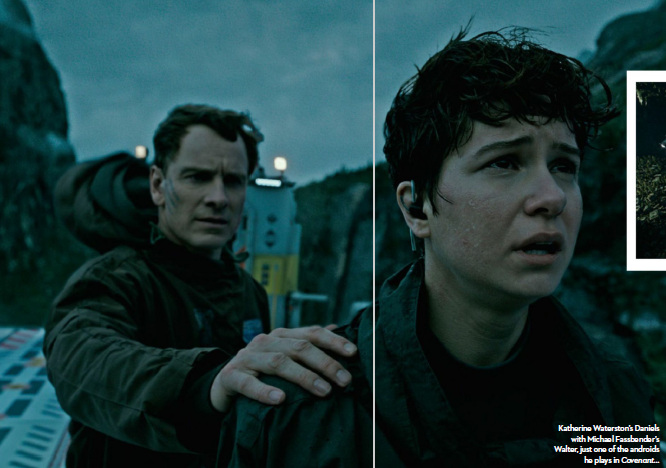 You can read the whole article in full here. Thanks to s7habo for the news.