Boyd Holbrook has spoke a little about The Predator in a new article on Croogles (initially posted on We Got This Covered but has since been taken down). The Predator actor doesn’t go into great deal about the film but he talks about the general feel of the film and casts doubt on the possibility of seeing Arnold return for the film:

“I’m currently working on Predator. It’s not a sequel; Shane Black has made something totally new, somehow keeping within the realm of Predator [while also being] absolutely new in terms of the story that we’re talking about today, and rooted in something real. It’s real fresh. I don’t think you’re going to see [Arnold] Schwarzenegger. It would kind of make it a gimmick. It’s horror, science-fiction and a western.” 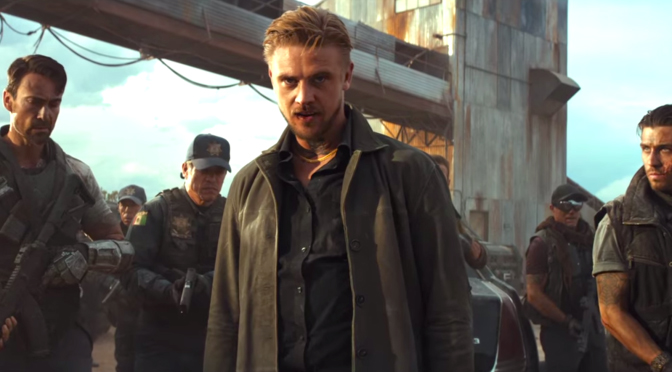 It had previously been reported that Arnold and Black would be meeting to discuss The Predator but we never heard the result of that. Back in May of 2016, Shane Black did talk about Arnold’s possible inclusion, saying that  ““I think that there’s one of two ways we can go: either we use Schwarzenegger or we don’t. And there’s advantages to using him and there’s a story to be told if we don’t.”

Update #1 17/02/2017 – Collider also had a chance to talk to Boyd Holbrook whilst he was doing the press round for The Logan. He revealed to them that the film would also be shooting in Mexico and provided some details regarding his character:

Thanks to ace3g for the news.

Update #2 17/02/2017 – We Got This Covered has posted up their entire interview – with Boyd Holbrook. You can read the questions and responses in full over there. Thanks to Lotus for the link.