According to The Hollywood Reporter, those talks have fallen through and 20th Century Fox is now eyeing Narcos’ actor Boyd Holbrook to replace him!

“Del Toro has fallen out of negotiations with Fox to star in The Predator, the reboot of the alien action movie series that Shane Black is directing for the studio, sources tell The Hollywood Reporter.

Details of the parting of ways were not revealed.

But Fox is not sitting idly and has already pinpointed its new lead: Boyd Holbrook, one of the stars of Netflix’s drug cartel series Narcos.

While Holbrook does not have the star power Del Toro has, Fox is planning on beefing up the supporting cast. And the rising actor does have plenty of love and support from the studio itself: He has appeared in three Fox movies in the last two years, the latest one being Logan, the X-Men spinoff in which he is the movie’s villain. (Gone Girl and Morgan are the other two.)” 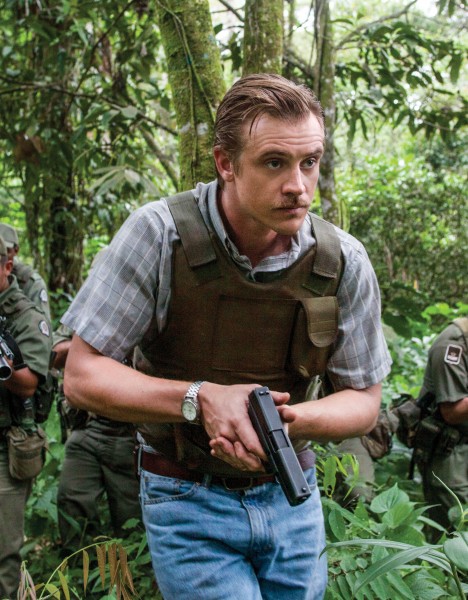 Narcos’ Boyd Holbrook in talks to replace Del Toro in The Predator!

Boyd Holbrook has been acting since the late 2000s but his most prolific role is in the Netflix original Narcos where he plays Steve Murphy, a DEA agent. Holbrook will also be appearing in the final Wolverine film as the the antagonist.

The Hollywood Reporter also goes into a little detail about what issues Shane Black faced in casting Benicio Del Toro, citing that scheduling was a major issue:

“Casting Del Toro in Predator was a challenge from the beginning. The actor and the studio danced for months around this project, with one obstacle being Del Toro’s schedule (among the projects he was supposed to shoot was a sequel to Sicario). Fox even pushed back the start date to February in order to accommodate the actor. Sources say scheduling issues again became a problem when Del Toro’s other movies were rejigged.“

Sharing The Hollywood Reporter link on Facebook, The Predator writer Fred Dekker teased that “more casting announcements to come soon!” Does this mean that The Predator’s shooting has been pulled back from Februrary to October (shooting was originally due to commence next Monday on the 17th)? That change was unclear in the first place.

Keep your browsers lock onto Alien vs. Predator Galaxy for the latest on The Predator! Thanks to Gazz and Xenomorphosis for the news.

Related News Posts
Benicio Del Toro in Talks To Star In The...
“I Don’t Think You’re Going To See...
No Actors Cast in The Predator Just Yet!
Thomas Jane in Negotiations to Join The...
Trevante Rhodes Joins The Cast Of The...