We now have a sneak peak at a creature from Alien: Covenant! The Alien social media pages continue to share more snippets of Alien: Covenant. In this latest update, we’re taken behind the scenes and given a brief look at the hand of one of the creatures in Alien: Covenant with the caption “Where it all begins.”

Like the original H.R Giger Alien it would appear that this hand has 6 fingers.  The sculpt in the foreground only appears to have 5 fingers but that’s because the extra finger is obscured by the sculptors hand. On the hand is the background you can clearly see 6 fingers, 2 of which are joined together. 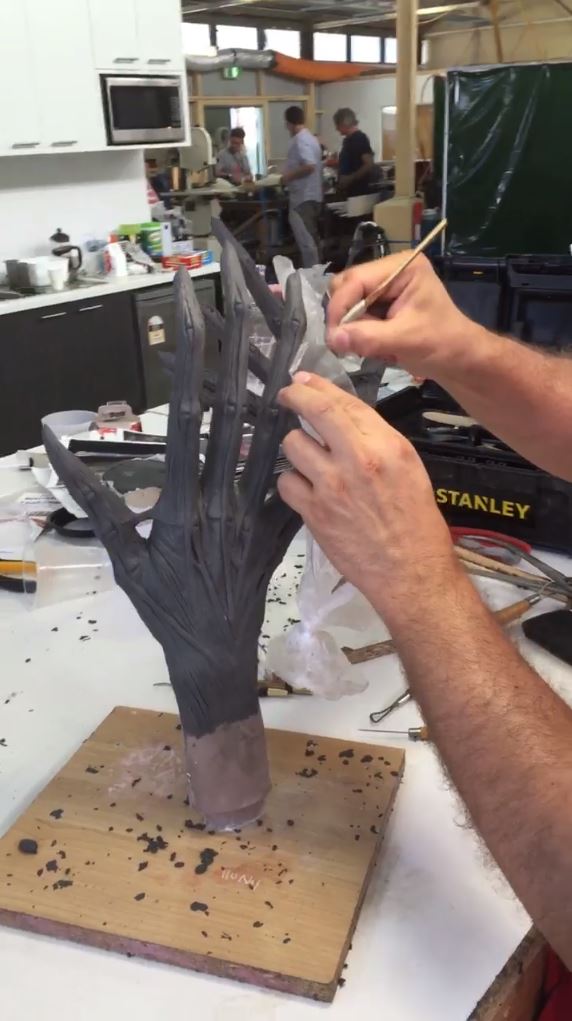 Sneak peak at a creature from Alien: Covenant!

However, the lack of biomechanical detailing might mean this isn’t the Alien but something else instead. Are we looking at an adult Deacon? Or something else entirely? We’ll find out soon enough. What do you think of our first look at the direction of the creature design for Alien: Covenant?