20th Century Fox have just announced via a new picture posted to the various Alien social media channels that they’ll be airing a special sneak peek of Alien: Covenant tomorrow evening with Legion! 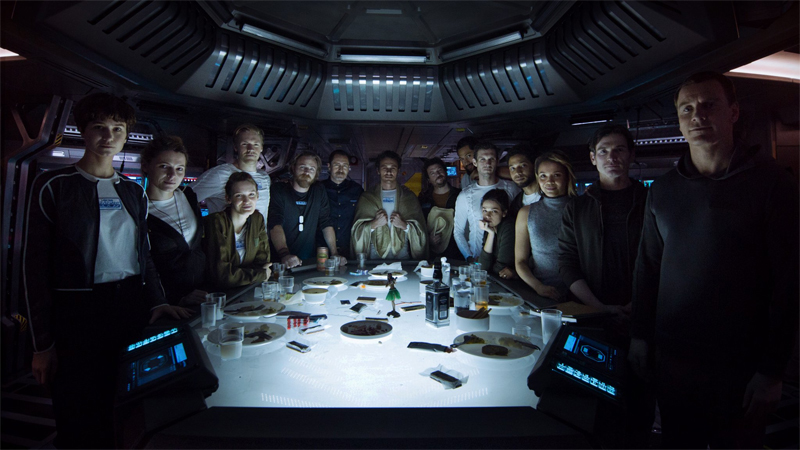 The crew of the Covenant! Alien: Covenant sneak peek to air with Legion tomorrow!

This new behind the scenes still gives us our first look at James Franco as Branson. Back in December, we exclusively revealed that Franco would be appearing alongside his regular collaborator Danny McBride in Alien: Covenant.

Legion is 20th Century Fox’s brand new TV series based in the X-Men universe. The 3rd episode will be airing tomorrow, on the 22nd of February at 10pm. We will attempt to find out if this footage will be released online for those outside of the US.