Whilst VGChartz has been reporting that Alien Isolation has sold over a million for sometime now, the team over at Creative Assembly have officially announced the fact today:

“Today, we’re pleased to say that we’ve sold over one million units of Alien: Isolation worldwide!

Since Alien: Isolation hit the shelves, it’s been an exciting time for us at the studio seeing how you, our community, fans and players have taken to our horror survival game.

With over 50 Game of the Year accolades, we’ve been immensely proud of becoming one of the most critically acclaimed games of 2014. From everyone here at the studio, a huge thank you to all of our fans who have supported us and helped us win those awards.” 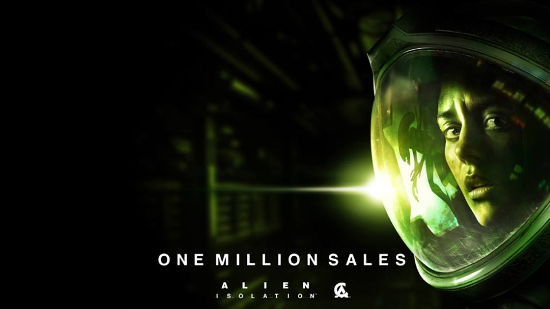 Congratulations to the team at Creative Assembly. All the awards and sales have been well deserved. If you still haven’t purchased a copy of Alien Isolation, what are you waiting for?! For those of you on the fence, be sure to check out our Alien Isolation review or give a listen to our podcast.