The 2015 BAFTA Game awards ceremony has just concluded in London. Alien Isolation received six nominations and ended up winning the award for Best Audio Achievement. The awards for Best Music went to Far Cry 4, Best British Game went to Monument Valley and Best Game Design went to Shadow of Mordor. The Vanishing of Ethan Carter won Best Game Innovation and Best Game went to Destiny. For a full list of winners from the 2015 BAFTA Awards, you check out the official BAFTA website. 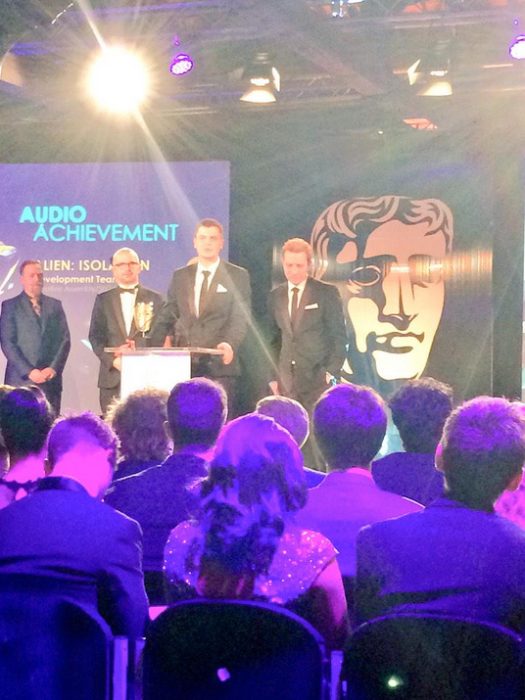 Congratulations to Creative Assembly for their outstanding work on the game! I guessed it would win an award for sound design or the music. I’m surprised it didn’t pick up a few more awards too.