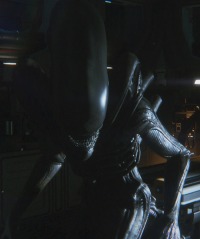 The review embargo for Alien Isolation has officially lifted! So far, the reviews are mostly positive though the big sites like IGN and Gamespot have given mixed reviews. Alien Isolation currently has a metacritic score of 80, with 16 positive reviews and 5 mixed reviews. The positive points include the tense eerie atmosphere, and the music/sound. The complaints are aimed at the lengthy campaign that features a so-so story and the hard difficulty.

We’ll have our review up in a week or so as we weren’t given a review copy in time.