We have just received three new exclusive images of mutant Fifield courtesy of Blu-ray.com forum user CRS. These new stills come from the alternate scene “Fifield Attacks” (2:14 min) that is featured in the Blu-ray release of Prometheus. CRS has also sent us an extra still from the alternate opening of the film “Arrival of the Engineers” (2:41 min). You can see all new images after the cut. 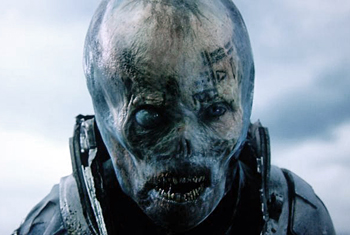