Four new production stills from Prometheus have appeared online today. The images come from the latest issue of Entertainment Weekly and show off the Ampule room, the bridge of the Prometheus as well as several of the characters. Click below to find the untagged scans: 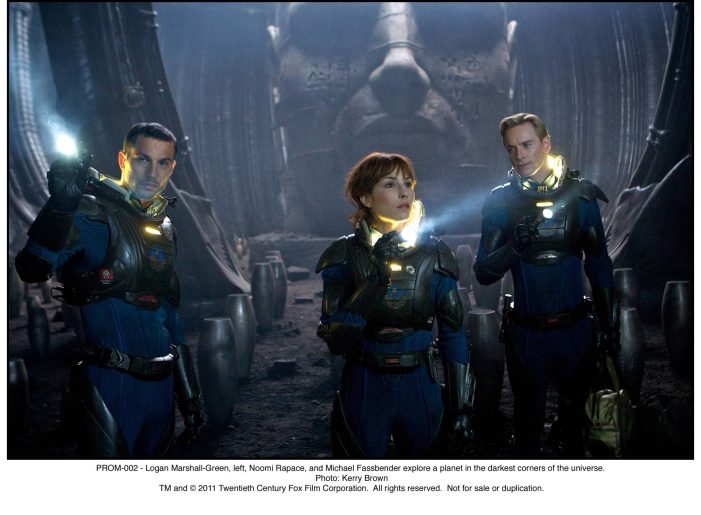 Thanks to Dread Central, Shocktillyoudrop and BonesawT101 for the news.

Update: EW has posted up an article to promote the pictures from their latest magazine issue: “There’s definitely a link to Alien,” Fassbender said, “There’s creatures in it that you’ll recognize”. The film began shooting with a budget of $100 million according to the publication. You can read the rest of the article here and here.

In addition to this, Charlize Theron has recently shared some details with The Playlist about the cast. Talking about fellow actor Patrick Wilson, she said: “He’s all in flashback“. Noting that both actors don’t actually share any scenes together in the film.